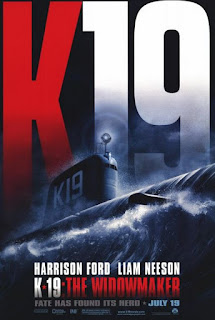 In 2002 I had never heard of K-19: The Widow Maker. The only reason I heard of it now was because I saw the poster with Harrison Ford on it. I thought it was going to be about some really powerful American submarine in some war event. Instead it's based on an actual nuclear powered Soviet submarine from the 1960's. 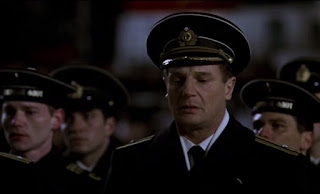 During one of the most tense times during the Cold War, the Soviet Navy is in a hurry to catch up to the United States who have built their own nuclear submarines. K-19 was built not to compare to the United States but to outclass them. Mikhail Polenin was the original captain but he gets demoted and replaced by Alexei Vostrikov. While he's no longer captain he's still one of the top officers on-board. The new captain gets rid of everyone on the ship he deems incompetent. 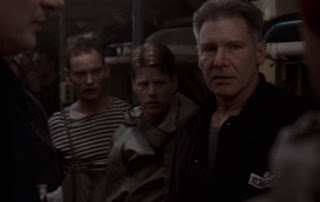 Their first mission is to go to the Arctic and fire a test missile. They are successful, but the new captain tests the submarine in tense drills and deep dives under the sea. Everything seems to be going imperfect but fine. Until something happens to the nuclear power on the submarine, and everyone's bravery will be tested. 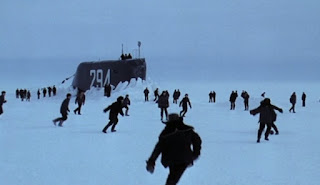 Like most movies based on history, this one takes some fiction to mix with fact. They also renamed the two top officers on the ship even though they didn't rename the submarine. I thought it was a decent movie, but it goes very slow until the drama starts. But it is a good film after that happens even if it happens a bit too late.

I would probably really like this movie, although I'm not sure how I'd take Ford and Neeson as Russians.
Although, I was good with Sean Connery.
Still, any one of them is probably better than Yakov Smirnoff.

Gee, I don't recall even hearing about this movie.

If I saw this movie, it must have been forgettable.

I thought I'd seen most of his movies but I haven't seen this one yet.

I heard about this one but didn't see it.

Haven't seen it and I have no idea WHY....I love both stars in it.

I don't think I've ever heard of this one.