September seemed like it flew by. I also didn't realize that I watched very few movies. It seemed that all my wife Daisy and I watched were TV shows. But that's not necessarily a bad thing I will say. 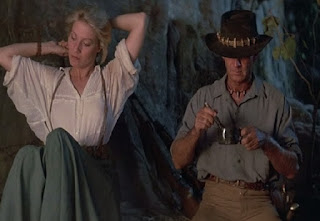 I didn't expect Crocodile Dundee II to be my favorite movie of the month, but then again I watched very few movies. I did think it was a good sequel to a good movie. It's a little less original, but it's hard to hate a story like this. 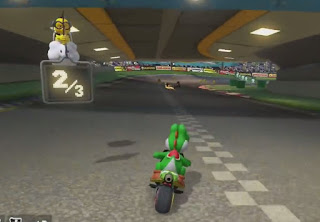 Mario Kart has been a favorite of mine since I was little kid. The new one wasn't as great as I hoped, but I did think it was a good game. There could have been more tracks, better online modes, and some more originality but it's still a very fun game. 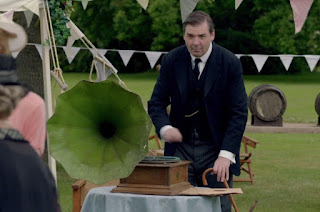 My wife and I really like Downton Abbey. We just finished season four and it's hard to believe we only have two seasons left. I believe the sixth season isn't even finished on TV yet. It's a great show showing the best and worst of the British aristocratic culture through the Earl of Grantham and his family, and the lives of their servants.
Posted by Adam at 2:00 PM

I've started watching some of the new shows out and the ones I like so far are Limitless, Code Black and Quantico.

Hi Adam! I enjoyed the end-of-the-month review of your favorite things. I've only seen two movies this month, with IMAX, on Galapagos and Gold Rushes. both were awesome. I've only played a few games, cribbage and solitaire, and our favorite show has been Survivor. Of course, we are traveling, so that crimps our style a little. Happy October to you and Daisy!

Still haven't played Mario Kart 8, last one I played was for gamecube I think

Crocodile Dundee II is a fun movie. I'd watch it again.

Saw the first one but not this one....

I don't think Downton Abbey starts airing on PBS until January? I'll be sad when it's all over.