My Thoughts on the First 2016 Democratic Presidential Debate 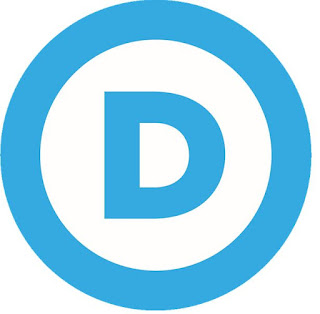 So far most of the 2016 Presidential Race has been talk about Donald Trump and the rest of the Republican party. Many Democrats had criticized the DNC for not setting up enough debates and I think that is true because I think most Democrats wanted a real debate between the candidates by now. Like I expected, it turned out to be mostly a debate between front-runner Hillary Clinton and the serious challenger Senator Bernie Sanders. 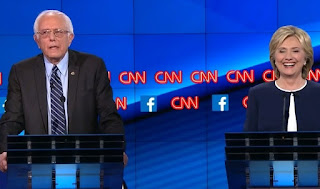 I think all the candidates for the most part kept things civil, but there were political attacks and a bit of bickering. I think Clinton did a good job at deflecting a lot of tough questions asked by Anderson Cooper (who was an amazing moderator), but I don't think she'll will be getting the liberal votes she needs to stay on top of the primary. I think the reason why Bernie Sanders has so much energy behind his supporters is because he rarely takes the offense in debate. He simply states his issues without taking political jabs at his colleagues. I think almost everyone watching's favorite moment of the night was the unity of the room over Bernie Sander's remarks that everyone is sick and tired of the countless Republican investigations of Clinton's email scandal.
Posted by Adam at 1:00 AM

Totally agree! It's crazy how different the Republican and Democrat debats have been!

I like Bernie Sanders. In Canada, he would be an NDPer.

I did not listen to any of them. They are all big at talking, but little action. In my opinion, we do not a qualified candidate.

I only saw an hour, flipping back and forth between the debate and The Voice. I thought Martin O'Malley looked like he was going to have a heart attack right there at the podium.

I agree that Bernie's e-mail comment was the best moment of the night.

I agree, especially with what you said about the relative lack of Democratic debates compared to those by the Republicans.