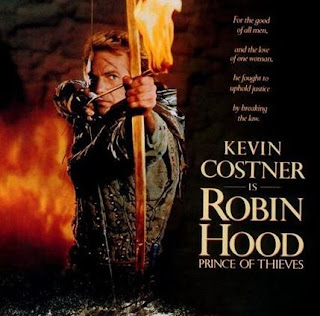 I think everyone has heard of at least one tale of Robin Hood. I don't think I ever saw Robin Hood: Prince of Thieves in the 1990's. I had heard of it some years back but I couldn't remember if this was the one everyone really liked or everyone really hated. Either way I was going to watch it regardless of opinion. 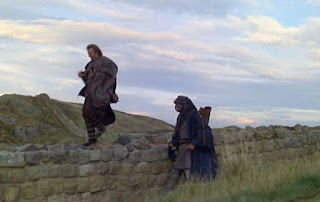 The story begins with Robin Hood as a prisoner during the Crusades. He escapes his cells with the help of a Muslim Moor who was also in trouble. The man's name is Azeem and he pledges his life to help Robin for saving his back in the Middle East. Robin is more than happy to return to his native England, though Azeem finds it to be a strange land. 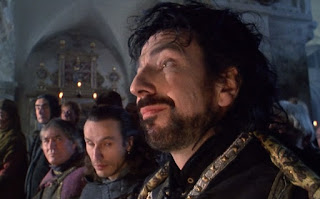 While Robin was gone, the Sheriff of Nottingham has taken over the local area. He rules with an iron fist and he killed Robin's father some time earlier. Robin finds his old home in ruins and only a blind servant tells him what happened.Robin must take care of the evil sheriff before everyone in England has to live with his villainy. 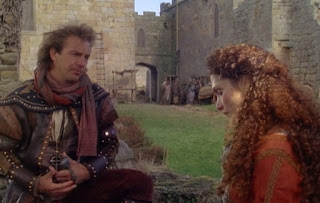 I later learned that critical opinion was mixed back in the 1990's. I think Kevin Costner was one of the biggest miscasts ever as he never even bothered to speak with an English accent. I did think Morgan Freeman was excellent as Azeem though. It's a good movie, but it can be boring in many parts and sometimes goes from serious to goofy.

I actually saw this movie in the theatre went it first came out and loving it so much that I even bought the companion book...hehe...I loved Morgan Freeman in it!

Rickman steals this movie as the Sheriff of Nottingham. Costner is dreadful and can't maintain any sort of accent.

Costner is one of my least favorite actors and M. Freeman, one of my favorites....

I enjoyed this at the time. Loved Alan Rickman in it. I don't give a damn whether Kevin Costner had an English accent or not. I thought he made a good Robin Hood.

This movie is very nice :)

I've never seen it... that movie just had such a nasty casting... too many old people for such a story....

I liked it when it first came out, though it was rather long!