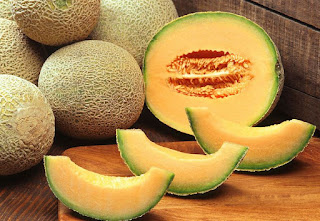 For quite a few years I worked at a supermarket. I eventually became a produce clerk which I liked for the most part. I moved to another company, and when our original manager got transferred we got a new one. He was absolutely dreadful, and nobody liked working for him. One year we had too many people working, so I managed to get some hours over in the meat department to make up for what I lost That's quite ironic for a vegetarian, but I also figured I would be extra careful not to produce much waste. 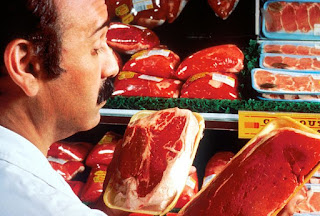 The work was simple as they just needed me to fill the cheeses, lunch meat, bacon, etc. The guys in that department treated me with respect, and thus I worked harder for them because you can be very productive if you're not depressed. After about two weeks, the meat department wanted to take me from produce but my manager would not allow it. Seems he only showed to care when he had the ability to lose me. Eventually I went back to produce all the time, and his "work like three people" attitude persisted. He was honestly surprised when I left for another company.
Posted by Adam at 2:00 PM

I worked in a deli bakery and my boss was hell on wheels. I hated working for this guy.

Sounds like a jerk of a boss. I bet he never did learn how to keep good employees around.

I've been really lucky thru my work life...always had good bosses but sure worked WITH some hateful people

Some bosses are just awful.

It's so much better if you can be happy in your work, makes for a happier life. The boss in the other establishment must have been awful..

Adam, I have worked in retail for many years in the past...for about 17 years! I have worked both as a clerk as well as a store manager. I treated all of my employees with respect and kindness. I was firm but never unkind, and I had their respect. They worked very hard for me because I was good to them. I am glad you left, life is too short to stay in a job where you get stressed or depressed. I am proud of you!

some bosses never appreciate their workers until it's too late. I was once fired from a private school for no obvious reason, but it backfired on the owner because 90% of my students left the school and the boss had such financial losses because of it that she even had to move the school to a much smaller facilities :) Serves her right...

Wow a begetarian in the meat department.. it should has been hard!
It all depends on boss but also on the working "pals" and salary, in my opinion.
I had a summer of fire and I'm still upset :/
Have a wonderful weekend :)

That would make a great title for a book -- "A Vegetarian in the Meat Department."

It's hard to give your best when you're not appreciated.

Interesting to know your story Adam, thanks for sharing, and glad you left.