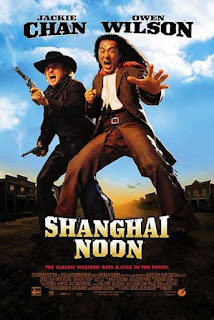 I don't remember when I first heard about Shanghai Noon, but I don't think it was back in 2000. It apparently did well with critics, and even got its own sequel. The concept of East meets West has been done before, but it seemed like it could be a good comedy for me. 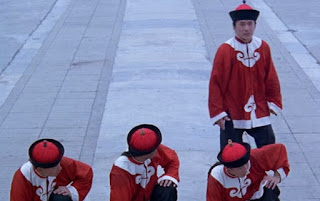 The story starts in China during the days of the Qing dynasty. An imperial guard named Chon notices a Chinese princess attempt to leave China for America for her own reasons. When she tells him to do nothing to stop her, he follows that order. When Princess Pei Pei gets to America, the man who took her there led her right into a trap. A group of the greatest imperial guards form and decide to rescue the princess in Carson City, Nevada. 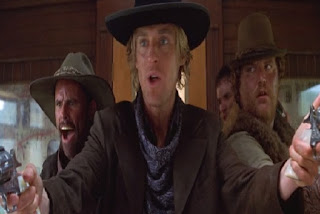 The Chinese heroes on a train when outlaw Roy O'Bannon and his men decide to take over a train. Chon's uncle is shot by Roy's insane new rookie, and Chon ends up fighting the men. Chon later learns that Roy isn't so bad of a guy, and they end up allying themselves to save Princess Pei-Pei before it's too late. 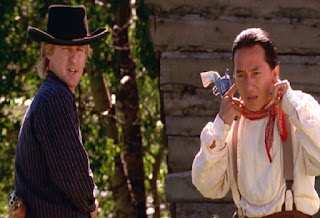 I didn't like Shanghai Noon as much I had expected, but I did like it. It's a unique story, but I thought it wasn't that funny. I also thought a lot of the fights were pointless, and didn't make much sense. I actually really liked Lucy Liu as Princess Pei-Pei, and Brandon Merrill as the Native American Falling Leaves.

I never saw this movie...but whenever people call me Jackie I don't like it b/c it reminds me of Jackie Chan. lol!!

I haven't seen it. I don't remember that last time I went to the movies!!

This plays on TV all the time. I found it moderately amusing...the first time.

Never heard of that but I am interested to check it out!

Never heard of that but I am interested to check it out!

I remember when hubby saw this and he thought it was so-so, too. Hope you and Daisy have a Happy Halloween. xo Diana

Didn't see this one..
Happy Halloween to you and Daisy...are ya'll going to dress up..??