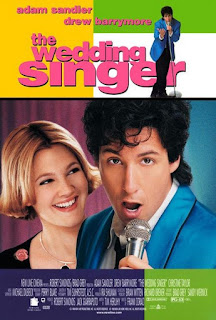 When I was little, movies with Adam Sandler were some of my favorites like Billy Madison and Happy Gilmore. But I realized the more I get older, the less I find Adam Sandler funny. I actually remember when The Wedding Singer was new, but for some reason I just never saw it. It's now kind of weird because it's been 17 years since then. The movie is set in 1985 and there is less of gap between 1985 and 1998 than there is 1998 and 2015. 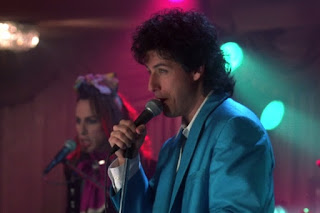 The story is about a wedding singer named Robbie Hart. While his life isn't glamorous, he does enjoy singing at weddings. He meets a girl working at the wedding named Julia Sullivan, and they both congratulate the other on being engaged even though Julia is still trying to set a date with her fiance. Robbie is super excited for his own wedding until his bride actually never shows up for it. Which leaves Robbie absolutely heartbroken. 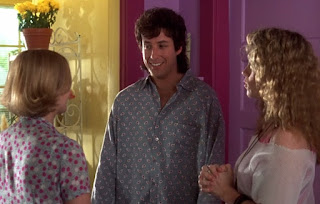 He gets extremely depressed and he doesn't want to be a wedding singer anymore because it reminds him of his pain. Though Julia and other friends make him eventually feel better. Julia gets Robbie to help her with her own wedding though she's engaged to a man who doesn't deserve her. Things change when the two realize how right they are for one another. 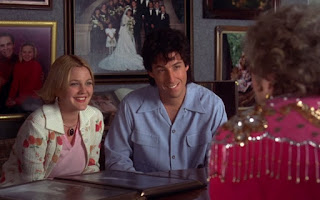 Most of Sandler's work is panned by critics, but I'm not surprised this one did very well in that area. This movie reminds me a little of Elf with Will Ferrell. My mother hates Will Ferrell with a passion, but she loves Elf. I think The Wedding Singer would be a movie that even people who can't stand Sandler will like. The humor isn't that juvenile and it's a got a good love story to it.

I have a very low tolerance for Adam Sandler, so I've never seen this one.

Wow, it's my favorite actors! Although I had no idea about this movie!

I found this one to be funny.

This is actually one of my top fave movies, Adam. The soundtrack is amazing, and I really do like the chemistry between him and Drew.:)

PS You should totally do Jon Snow for Halloween!!

I like this movie. My husband and I have seen it twice. I'd watch it again, too.

I hate Will Ferrell too, but LOVE Elf. I think your mama is on to something!

I haven't seen that one. Have you seen the movie Parenthood? I think it came out in 1989. It came out before I was a parent, and it was still hilarious. I highly recommend it

Can't stand Will Ferrell...don't much care for Adam but love Drew.....didn't see this movie.

I've seen a few of his movies and wasn't that impressed.