Things I Like: The Legend of Zelda: The Wind Waker HD (WiiU) 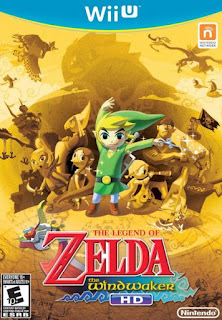 I remember before The Wind Waker came out on Gamecube and it's original back-lash for its cartoony graphics. After it came out, most eventually liked the art-style and thought it was one of the best Zelda games ever made. My local library had the new HD version for WiiU, and since I had played Wind Waker at least three times I figured that would be my better option on playing the game. 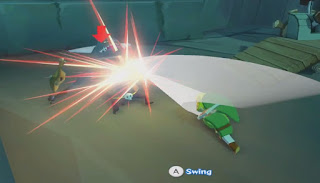 I don't have the endless hours I did when I was in 9th grade back in 2003, so I only got a few hours into the game before it had to be taken back to the library. It did bring back a lot of memories. They were mostly positive, but I did remember the sailing could be a chore, and I hated being sword-less in the Forsaken Fortress. 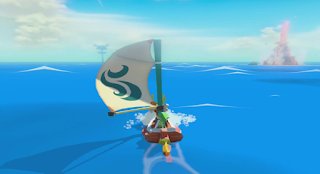 But I did enjoy even those more tedious moments. The game has a few improvements besides everything being in HD. The most important is the gyroscopic controls if playing with the WiiU gamepad. The newest Zelda from what I understand is suppose to use the same system when it comes to aiming the bow and I thought it works pretty well. They also apparently made the Triforce Quest far less tedious but I was many hours from doing that again.
Posted by Adam at 8:00 PM

We're all fans of the Zelda games in our household. I've played many of them with my kids over the years, mostly when they were younger.

Sounds like fun, I only remember addicted to Mario brothers, LOL!