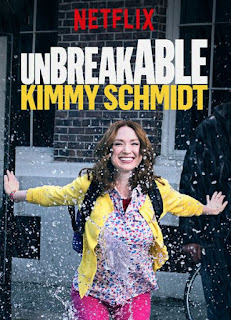 Earlier this year in March, Netflix launched a new series called Unbreakable Kimmy Schmidt. I had heard it was good, but I didn't see it until months later in late September. It was actually created by Tina Fey (and Robert Carlock) but she does not star in the show. Rather it's Ellie Kemper who I remember seeing in the movie Bridesmaids. 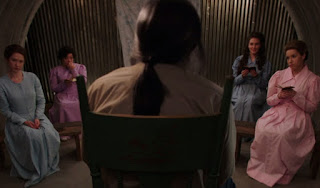 The story is about Kimmy Schmidt who along with three other women were tricked into staying in a underground bunker by a cult pastor who told them that the world had ended. They are rescued after 15 years in the bunker. They get on the news and are dubbed as the Indiana Mole Women. Except Kimmy starts to hate that name. 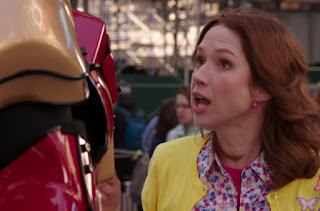 She decides to move to New York and often tells people her name is actually Kimmy Smith. She wants a normal life and decides to stay in New York after appearing on The Today Show. She moves into an apartment with Titus Andromedon who is a flamboyant actor who can't seem to get any role on Broadway. 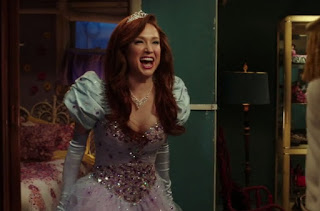 My wife Daisy and I absolutely loved Unbreakable Kimmy Schmidt. It can be extremely goofy, but just as hilarious as it's oddity. Ellie Kemper is amazing as Kimmy, and Tituss Burgess is just as good as Titus Andromedon. My wife Daisy got really upset when we ran out of episodes. It's the best television comedy I've seen in years.

I've seen a few episodes and it is a hoot!

I think I need to add this to my Netflix then. I was up in the air, but you sold me!