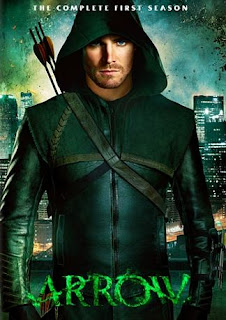 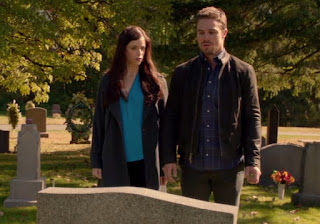 The story starts as Oliver Queen has been rescued from an island near China. Everyone believed he died when the family yacht sunk, but he returned in one piece. However Oliver is no longer the reckless young man he once was. Before his father died right before he reached the island, he gave him a list of terrible people in his hometown and begged Oliver to right his wrongs. 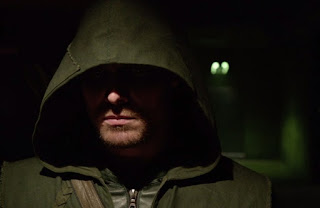 While everyone thinks Oliver was alone on the island, that was not the case. There were many events that made Oliver far stronger. He wears a green costume and uses a bow-and-arrow to bring justice to those who have wronged his city. But Oliver has no idea that an evil mastermind has a grand plan that will doom the city if he doesn't stop him first. 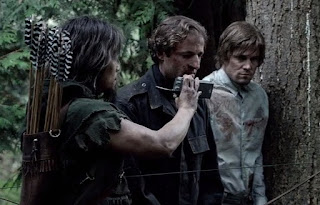 I had heard many good things about Arrow and honestly I'm disappointed. I think part of the problem is that it's just too long and they focus too much on quantity rather than quality. I also thought some other characters and their drama (especially Thea Queen) were unnecessary and dreadfully boring. I did like how Arrow doesn't hold back from having characters die, though like the comic books it's based on it's not surprisingly to see some rise from the dead. I do think it's a good show, but I hope the second season impresses me more than the first.

He fought a great war, not to my feeling.

I think Arrow is filmed in Vancouver, which kinda made me interested at first, but I don't know why I've never seen it, considering I love this genre. Hope it gets better.....:)

most of them CW superhero series are too bland for me... I tried watching THE FLASH, and the cast really is adorable, but every episode was the same and it all looked like something from the 90s.