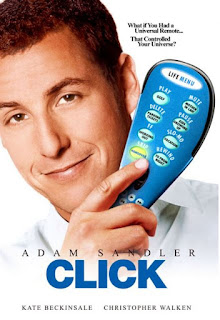 I do remember when Click came out in 2006. But for some reason I just never saw it. Adam Sandler movies seem to get worse with time. However the concept of the movie is pretty interesting. It's about a guy who gets a remote that controls time and space. I think most people want a remote like that in their life. 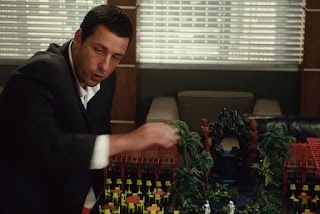 The movie is about Michael Newman, who is too busy trying to climb the corporate ladder to be the best father in the world. He wants to take time off for his family, but his boss always changes his mind. It gets even worse as Michael is trying to get promoted to be a big wig. He wishes that there existed something that could give him more free time. 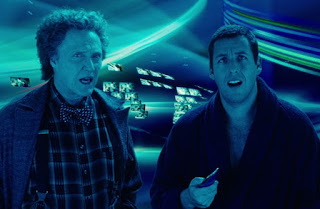 He meets a guy named Morty who gives him a remote control that can control almost anything. He can pause reality, mute the annoying people, and skip past boring dinners. It seems that his dreams have come true. But with such power at his fingertips, will Micheal be truly happy or will it become a curse? 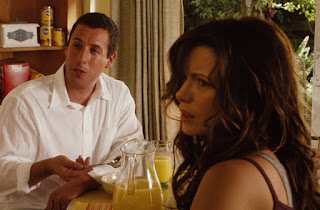 I liked Click about as much as I figured I would. It's a decent comedy-drama, and the concept of the magic remote control is pretty neat. Anybody who doesn't like Adam Sandler won't be impressed by this one though. I also don't think any of his fans would think this was even near his best movie either to be honest. The comedy could have been better, but I did like its message of putting family first before work.

I did not see the movie. I like some Adam Sandler movies but not all of them.
Hope you and Daisy are having a great Friday.

Yeah, it was okay and fun here and there, Neat idea with the remote too.

Oh I love it this movie!
xx

I remember watching this one, and recall thinking it wasn't very memorable.

Didn't see it...I'm not a huge fan of Sandler