Fact of the Day: Johann Rall 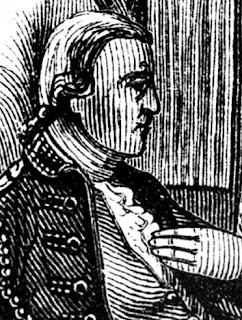 Johann Rall was a Hessian (German) colonel during the American Revolutionary War. It's believed that on Christmas Day, he was handed a note about George Washington and his army getting close but put it in his coat pocket without reading it. He was too busy drinking and play cards to care. His forces were defeated at the Battle of Trenton and Rall himself was mortally wounded during the battle.
Posted by Adam at 12:00 AM

He certainly wasn't an intelligent officer.
Officers are suppose to read communications.
Serves him right that a bullet or a sabre got him.
B J Hunnicut

Anyhow he ( Johann Rall of Hesse) was on the side of Mad King George's redcoats.
B J Hunnicut

Hopefully a lesson was learnt - read your mail.

Fascinating piece of history. Never knew of this man.

Goes to show you should always read those notes

Shows we better pay attention to what's going on and take those things more seriously.

Not the sharpest knife in the drawer :)

Arrogance and stupidity. Not much changes.

Didn't know that!! Thanks for sharing

What! He was too busy drinking and play cards to care? Say it ain't so!

He was very smart to basically have a party then have a large amount of his men die.Good for him! Congrats Johann!