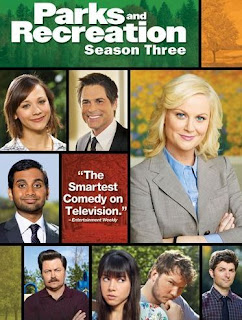 Parks and Recreation is one my favorite shows and my wife's too, so much so that we finished three seasons in almost no time. From what I understand this season has the biggest cast change of the series. As Paul Schneider who portrayed Mark Brendanawicz left the show and Rob Lowe and Adam Scott became part of the main cast. 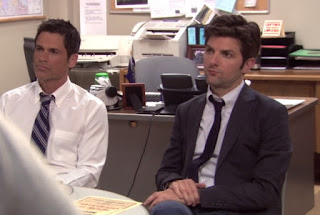 The story starts as state auditors Chris Traeger and Ben Wyatt begin to seriously take a look at Pawnee's horrible budget situation. They tell everyone that every department will have to shrink, especially something non-essential like the parks department. This is something that makes Ron Swanson extremely happy, but Leslie Knope is another story. 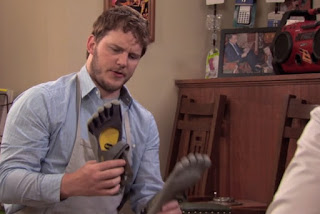 Leslie decides to revive the Harvest Festival in order to save Pawnee from its crisis. But if it isn't a success, then they'll have no hope. Andy Dwyer is still trying to date April Ludgate who rejects him after he kissed Ann Perkins. While Leslie has been married to her job, she might actually find a special someone. 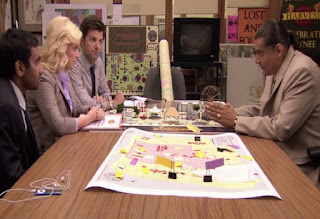 Overall we liked season three a bit more than season two. I thought both Ben and Chris were great characters for the show. I also liked the story-line between Leslie and Ben. As always the rest of the characters are great, especially Ron Swanson and Andy Dwyer. I had intended to take a small break, but my wife and I couldn't resist starting the fourth season after the season finale.