Republicans Freak Out Over Syrian Refugees 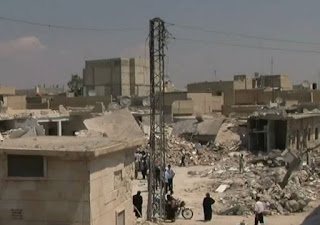 The Syrian Civil War is one of the most complicated conflicts in modern history. I think one of the reasons why most Americans don't have sympathy for Syrian refugees is because they don't realize how sorry of a state that country is now. If you did, you'd understand why Europe can't seem to handle all the people coming in. When your whole country is a war-zone, you'd want to leave too. Now many Republican Governors have said "no" to Syrian refugees even though the Constitution grants states no power when it comes to immigration. 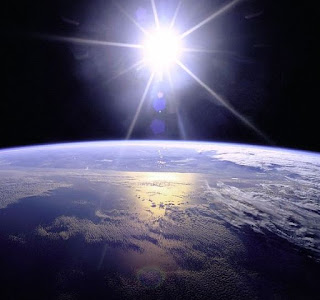 What conservatives don't understand is that terrorists don't need a refugee program to achieve their goals. They don't want people leaving Syria because they want to continue to slaughter them. They're pulling puppet strings on your fear, and you're dancing like a marionette. Ted Cruz and Jeb Bush have said they will allow Christian Syrians to come over, but that kind of suggestion is like spitting on America's freedom of religion. This is a humanitarian crisis on a global scale, we all share this Earth maybe helping one another might be a good idea.
Posted by Adam at 11:06 PM

It certainly is a headache of a dilemma - ISIL or Daesh are certainly achieving their goals of terror. My God I dread a terror attack in Germany - that could be the cataclasm which could cause - I dread to think.
Actually Ted and Jeb are not the only ones advocating this issue of religion - European countries are doing this also. And please explain how really are you going to check the truthfulness of what is and what isn't a person's religion or beliefs????
B J Hunnicut

I like your last statement, "maybe helping one another might be a good idea." How simple does it get? Well said.

This is so well said, Adam. Good for you. Our governor said we would welcome refugees to Hawaii and got inundated with calls from people who were against it. What Ted and Jeb said shows their colors and their prejudice.

It's a real problem Adam.
Yes, we can help each other but sometimes we get stabbed in the back..

US should admit all Syria into their country because they're the ones who ruined their homeland in the first place! Every dead child, man, woman there is on Obama's bloodied hands.

Dezmond - that is a load of bullshit.
Syria has been always a land of tribal and ethnic disputes and now ISIL and Daesh are making "hay" with all of this. It is barbaric butchery by ethnic groups, fueled by these terrorists. Don't you come from the Balkans???? You should be an authority on this subject????
B J Hunnicut

"maybe helping one another might be a good idea". Yes. It is a very good idea.