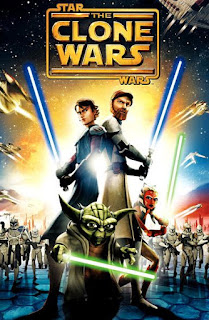 When Star Wars came out in 1977, it changed the world. The first two sequels were also considered to be some of the best sci-fi films ever made. The prequel movies were disappointing, but even the fans who claimed they hated them still watched them several times. I remember Star Wars: The Clone Wars was the only Star Wars movie nobody was excited about. Even though it was inspired by an excellent 2D cartoon series with the same idea and almost identical name. 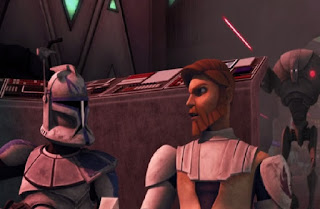 The movie is obviously between the events of Attack of the Clones and Revenge of the Sith. At the end of the 2nd prequel the Clone Wars begins, by the time the next one starts the war is almost over. The Clone Wars covers the battles in the middle. Mostly about the ones that were commanded by the Jedi Knights Obi-Wan Kenobi and Anakin Skywalker. 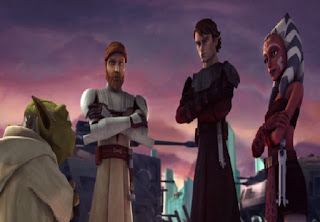 Jedi Master Yoda informs the two Jedi that they must rescue the son of Jabba The Hutt as he will give the Republic a key advantage in the war. Even though this is a vital mission, they don't get much help. Except Yoda sends Ahsoka Tano to be Anakin's first padawan learner. But she doesn't have much time to train before the battles begin. 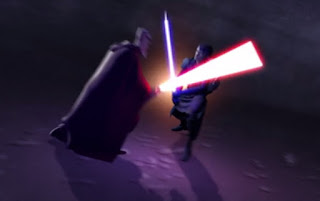 I can certainly see why critics loathed this one back in 2008. It's almost like a long and mostly boring television episode. Which doesn't surprised me as a TV series followed the movie in 2008. The only thing this one accomplished for the Star War series was that The Phantom Menace was no longer the worst movie with light-sabers. I also thought Ahsoka Tano was rather annoying, much like Anakin Skywalker as a little kid in the first prequel.

Oh I remember this film
xx

I don't even remember this one.

Well, that is one I certainly won't look for~ Hugs- Diana

I haven't ever seen Star Wars, so I probably wouldn't understand this one. Sounds like it's not worth watching anyway.

Never heard of this one.

I already have to watch star wars movies. I've heard so many times about that, but never watched.

I'm tired of the Star Wars franchise. It was good in the beginning but I wish Lucas would move on to something else.