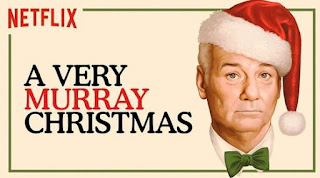 I had heard of A Very Murray Christmas just recently as it's one of the newest Netflix-original movies. Even though he's in his mid-60's now, I think many people still remember Bill Murray from decades ago like it was yesterday. I wasn't quite sure if I was going to like this or not, as I knew there'd be a lot of singing in it. 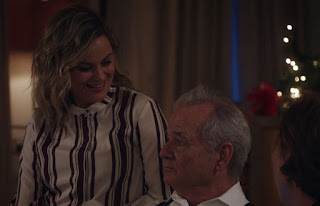 Bill Murray plays himself, as he's suppose to make a TV special for Christmas. Except a blizzard has brought New York City to a standstill. Many of his celebrity friends can't make it, and the show seems like it will be a disaster. Despite many people trying to cheer him up, he's very depressed about making the show. 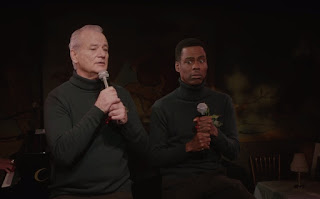 Without a hope, he manages to luckily run into Chris Rock whom he begs to help him. Not being known as a singer, Chris Rock is not very happy or comfortable to be there.Though many unforeseen things go along, and Bill will run into his old friends. But will Bill Murray have a very merry Christmas the next day? 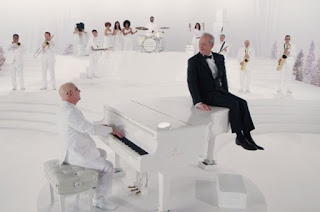 A Very Murray Christmas seemed like a good idea. It has a lot of celebrity cameos, and is all about Bill Murray. Except Bill is very depressing through most of the story, and nobody really comes in to make things interesting or even funny. It's a rather boring mess of celebrities coming in to sing Christmas songs you've heard too many times. I really hope nobody tries a similar Christmas movie next year.

I saw this on my Netflix homepage the other day. Glad I didn't watch it. Sounds quite boring!

Yeah, this was on my "to see" list. I'll skip it now and save myself the time it would have otherwise wasted!

This special indeed seemed great. Sucks that it resorts to a '' DUDE I'm depressed LMAO '' kinda movie. Maybe I should unsubscribe from netflix. Thanks for the review.

Any ways I'm going to watch this at least because Miley Curys.