Christmas with the Kranks (2004 Film) Review 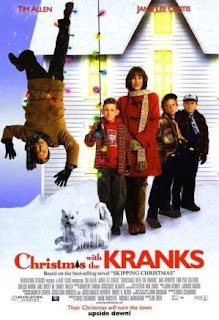 I sorta remember Christmas with the Kranks when it came out in 2004. I never watched it then, but I certainly wasn't interested. I wanted to see more Christmas movies this year, so I decided to watch this one. Anyway I really liked Tim Allen in Home Improvment and The Santa Clause. However back in 2004 critics were far from impressed, but did I like it? 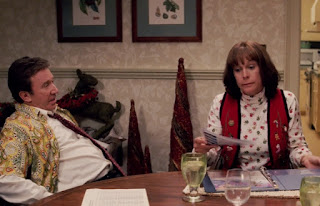 The story is about the Krank family, their daughter Blair leaves to work for the Peace Corps which leaves the parents with no kids in the house. The father Luther comes up with an idea to go on a cruise instead of decorating and throwing Christmas parties. His wife Nora is skeptical at first, but she agrees to his plan. 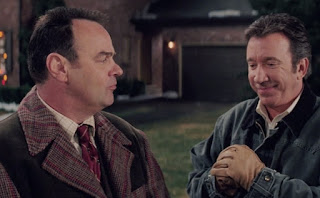 Except their neighborhood is really big on Christmas. One neighbor Vic Frohmeyer is deeply upset that they won't be doing anything for the holiday. He even asks Luther to let him decorate his house for him. Luther is really determined to not celebrate Christmas and go on his cruise instead. Luther turns out to be a Scrooge, but will his wife remain loyal to his dream? 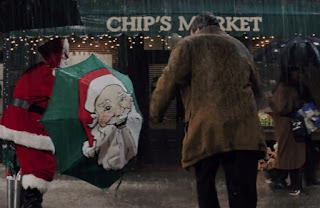 Christmas with the Kranks was pretty much like I expected. It's not a horrible Christmas movie, but it's a silly idea. Neighbors should not care that much if someone isn't going to celebrate Christmas. Luther's cruise was suppose to begin on Christmas day, so it doesn't make much sense for him to avoid the holiday completely. While Elf proved that a modern Christmas movie can be a classic, this one will fade away.

I read the book way back when it was published. In the movie, there was only one bit that I liked, but the rest, meh, not so much.

Aside from Galaxy Quest, I don't care much for Tim Allen movies.

It's one of those movies that you'll watch once.

I like this movie more. Really very fun and festive!;)

I like this movie more. Really very fun and festive!;)

I want to buy that umbrella :-)