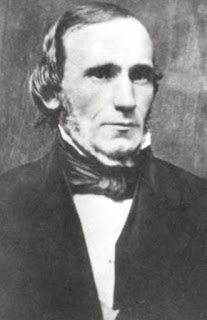 Certainly a distinction for the family, but Adam maybe you should have added more "facts" - his death and the "body snatching" from graves /tombs of that era. Macabre would be a nice way of referring to it.
Maybe Adam you didn't want to terrify your readers???
Here:
https://en.wikipedia.org/wiki/John_Scott_Harrison
B J Hunnicut aka Colin

I didn't even know that there were two Harrison presidents. Gracious!

Wow, did not know this!

A new profile photo you have. It's good :)
Didn't know the above, that's really interesting however.

Sure kept it in the family

Wow that is an interesting fact. Didn't know that.

So many presidents to keep track of!

Pretty cool fact...
Barbara Bush, having a husband and a son become presidents, is bound to hold some kind of record, too.

wow it skipped his generation!

Glad to see you mention this; I wrote about this topic over three years ago. :)