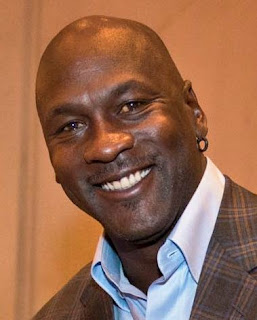 When I was JROTC we had a few motivational speakers. I vaguely remember one guy though I only recall one part of his speech. He wanted us to relate to an NBA legend who faced many failures but with focus he became the man everyone adored. He said that man's name was Micheal Jackson. Obviously he was talking about Micheal Jordan but nobody corrected him either.
Posted by Adam at 1:00 PM

Yep, guess we all make mistakes...funny that it's the only thing you remember about his speech.

Few people know that Michael Jackson played in the NBA. Until his nose fell off.
Plus, he lost a "Freak Off" with Dennis Rodman.

The mistakes sure stick out, guess in the NBA he couldn't be a thriller.