December is one of my favorite months as it's Christmas time, and the end of the "old" year. I had a good December personally as well. 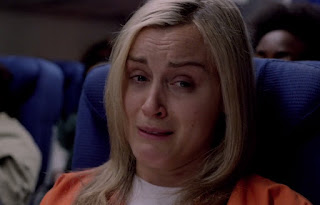 My wife and I started watching Orange is the New Black again, this time the 2nd season. This season takes a more serious turn, but still has its more comedic moments. I wouldn't stay it was as good as the first season, but we're looking forward to starting the third soon enough.

Favorite Video Game: The Legend of Zelda: A Link Between Worlds 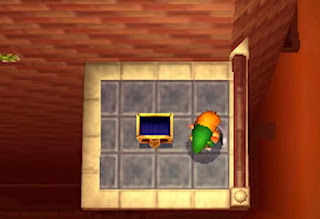 The Legend of Zelda series rarely disappoints, and the new adventure just for 3DS (and a sequel to the SNES A Link to the Past) still shows that Nintendo still has their old magic. It was better than a lot of modern Zeldas which are often too easy and a little unoriginal. The wall merging is neat, and the dungeons are creative. 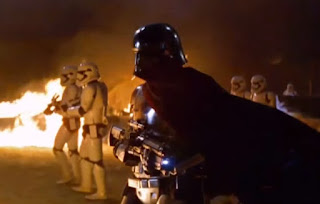 This one I figured would eventually be my favorite film of December. The first episode of the sequel trilogy did very well with critics (and much better than any of the prequels), but some fans thought it was "just like" A New Hope. There are similarities sure, but I thought it was original enough. The only thing I didn't like is that it left a lot of unanswered questions that leave you wanting to see the sequel as soon as possible.
Posted by Adam at 1:00 PM

Coming by to tell you that I went outside, bound to make a snowman beside the pool and....all the snow is FROZEN...bummer...

I am a huge fan of Zelda games. I've played quite a few over the years, particularly with my two daughters when they were both younger and living with us.

Happy New Year to you and Daisy!

For some reason I just couldn't get into the orange/black series.

Happy New Year Adam and Daisy.
Hope you get to watch on TV the New Year eve display on Sydney
Harbour - $35 million of fireworks, 1.6 million harbourside viewers and that doesn't count the thousands in Harbourside apartments, hotels and luxury mansions.
Thousands of overseas visitors just come to Sydney at this time of year to watch the display in person - estimated revenue for this event to the State and Sydney Council is $138 million !!!
Well it is the best display by far in the World - always gets the International Top billing.
Cheers
B J Hunnicut aka Colin