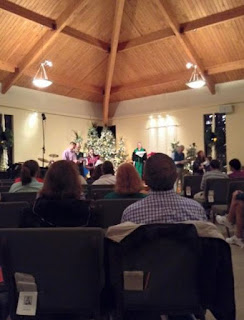 Daisy and I attend a Unitarian-Universalist Church (which welcomes many different religious and non-religious viewpoints) and they held a Christmas Eve service. They've had years before but we never thought about going. They had music, and a had a few people act out parts of the How The Grinch Stole Christmas story. They also had a singer who was a friend of the new pastor come by and use a method of music that involved sign language. 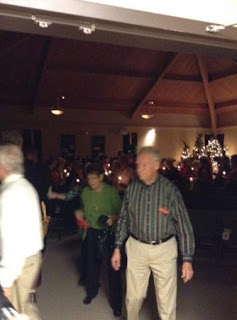 The music thing was pretty neat, as he had two other helpers that made it easy to learn. They ended the service where everyone lit their own candle from the original one, and walked out with it. It wasn't the greatest service ever, but we'll probably go again next year.
Posted by Adam at 5:00 PM

Glad you enjoyed the service!