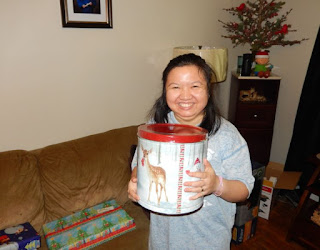 Daisy (like always) gets a good bit for her Christmas. She got shirts from my mother, and I also got her some small things. Like this tin of popcorn, and some meats/cheese from Hickory Farms. But she also had to get more than that obviously. 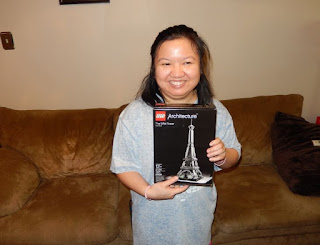 Daisy really liked the Lego Architecture sets, so I got her two versions. One is based on the Eiffel Tower while the other was the Leaning Tower of Pisa. 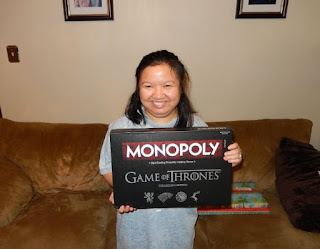 Her other big thing was Game of Thrones Monopoly. I'm not the biggest fan of the game, but I love the TV show Game of Thrones. Daisy is also a big fan, so she was just delighted to have both of them in one game.
Posted by Adam at 6:00 PM

Nice gifts. And she looks so happy. It's always great to give presents and make someone's day.

Daisy looks radiant and so happy! I love her smile! She is very fortunate to get so many nice gifts. :)

Daisy looks radiant and so happy! I love her smile! She is very fortunate to get so many nice gifts. :)

Look how happy she is with her gifts! Glad she had a great Christmas!

Always a beautiful smile Daisy has.
Happy New Year to you both and your family Adam.

Daisy did well for Christmas! She looks so happy.

What? You got your wife meat for Christmas? How very romantic, Adam :PPP

Wonderful photo. Wishing you and your family the very best 2016