November is a month full of Thanksgiving preparation and Christmas excitement. I think it's the month of the 2015 year that has felt the longest to me. Here are my favorite things for the month. 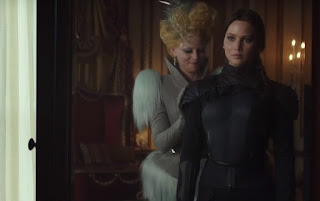 It's hard to believe we're now done with the Hunger Games series. Part 2 wasn't as good as I had hoped, but I still enjoyed it nevertheless. I think the biggest problem is one that many novel readers had mentioned. Mockingjay has no real Hunger Games competition in it. Though to finish this kind of story, it'd be strange for it to focus on one. 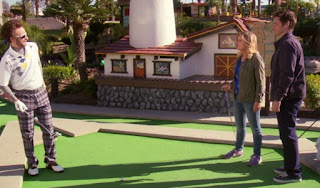 My wife and I watched so much of this comedy that we may have seen too much of it in such a short amount of time. Leslie Knope and her co-workers/friends are hilarious and their adventures never seem to bore me. The third season was certainly the best of them all. 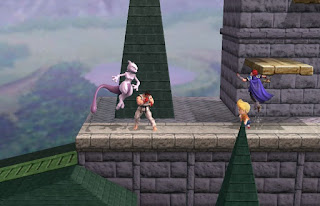 This one isn't new to me, but I recently started to seriously get back into it. New characters and stages came out in 2015, and now I have Mewtwo, Ryu, Lucas, and Roy. I was glad to see Roy and Mewtwo return from being absent in Brawl. Lucas was never my favorite, but Ryu is pretty awesome in it. His moves translate well into the Super Smash Bros. universe.
Posted by Adam at 2:00 PM

Still haven't played brawl, Project M was the last version I played. Cloud is coming to it though so they are still adding away.

Meant Wii U not brawl, brawl was crap lol

I haven't seen Mockingjay part II but I know we will eventually since we;ve seen all the others.

I haven't seen the hunger games part two yet.

Totally agree with you on Mockingjay! woot woot!

Glad you enjoy things like that, Adam. November was a long month for me, too, this year!

I need to see Hunger Games soon. I know my girls are getting anxious to watch the conclusion, even though we've read the books.

I enjoyed the last Hunger Games, lots of action for sure.

November fled by for me...as you get older, time moves in FAST FORWARD !

I have to say Hunger games is amazing !!!!

I haven't heard about that show!

Was Mockingjay Part 2 any good? In the first part literally nothing happened.