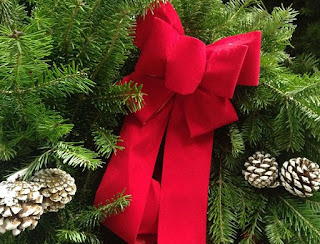 I think we all have our own favorites, but they usually are from our own childhoods. Though I am surprised to see how good some more modern Christmas movies are even if they are not my personal favorite ones. 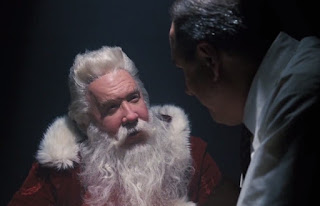 I remember watching this one when it originally came out. I was just six years old then. I thought the movie did a good job with a creative story of a man who becomes Santa Clause after accidentally causing the demise of Father Christmas himself. I thought the North Pole was so cool and magical, and the sleigh was neat as well.

4. How The Grinch Stole Christmas 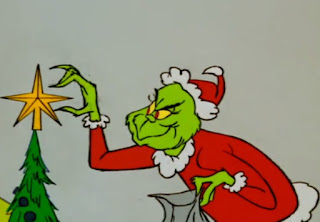 Based on the book by the genius Dr. Seuss,  this one is the best animated version of Dr. Seuss' work. I've seen it a million times, you just can't not love a story of a villain who redeems himself at the very end. The Jim Carrey version was also very well-done in my opinion. 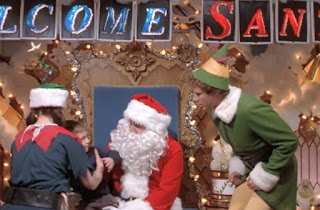 Elf is the most recent one on my list, and it's absolutely brilliant. I don't think I met one person who doesn't like this one. My mom hates Will Ferrell, but she loves Elf. I also never recognized Zooey Deschanel with her blonde hair. I also loved Peter Dinklage as the "Angry Elf" Miles Finch. While most Christmas movies fade over the years, this one will stay strong for many decades. 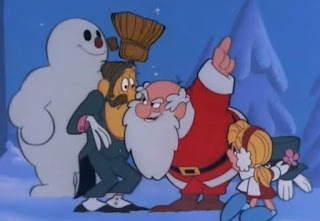 Frosty is an all-time classic, and I watched this one more times than I can remember. Even though it's less than 30 minutes long, they focus far more on quality than quantity. I just love when Santa saves Frosty and sends that weird magician guy away to never bother Frosty the Snowman and his friends ever again. 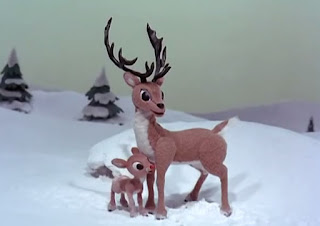 This has been my all-time favorite since I was little. It wasn't the first work based on the red-nosed Rudolph but without a doubt the best. Christmas isn't Christmas without Rudolph's grand adventure. I had often felt like a misfit my whole life, so there was a lot to relate to. Though I never met a dentist who wanted to be an elf.
Posted by Adam at 1:00 PM

"One Magic Christmas" from 1985 is my favorite Christmas movie. It didn't do too well at the box office because it has dark elements (like It's a Wonderful life) but it's wonderfully powerful and has the best Santa Claus on film.

Of this list, "How the Grinch Stole Christmas" is my fave! What a classic!

I dont think I have one... maybe HOME ALONE because they always play it here around New Year's

These are definitely movies to see in this holiday period!
xo from Italy,
Sonia Verardo
http://www.trenchcollection.com/

Love them too, but number 1 and 2 I haven't watched!

My son loves The Santa Claus!

I am more of Gremlins kinda guy. Looking forward to seeing Krampus as well.

I love this list, Adam, and I always laugh when I see Tim Allen. I loved Home Improvement, he always made me laugh with his antics. :)