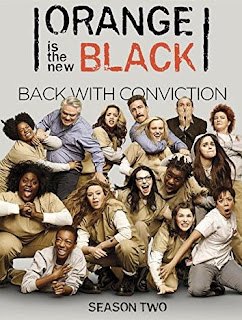 My wife and I finished the first season of Orange is the New Black a few months ago. I try not to watch seasons back-to-back to prevent me from getting sick of the story. I felt like enough time had passed, and I didn't want to be even more seasons behind when the fourth comes out next year. Now the question is if the 2nd season is better than the original? 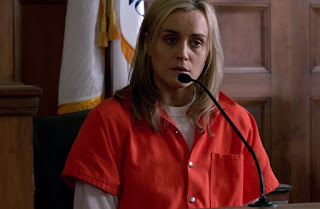 The story begins after Piper Chapman had defended herself from the crazy religious lady Pennsatucky. She gets sent to the SHU, and gets released only to be sent on a plane. She believes she might be gone from Litchfield forever, but turns out she's asked to testify against one of Alex's old bosses. She gets caught in a terrible situation as she's afraid to speak out against him, but doesn't want to lie either. 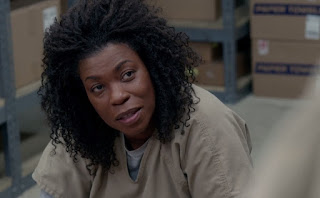 The end of season one had a lot of changes for the rest of the inmates. Dayanara Diaz is pregnant with John Bennett's child. Red is no longer chef of the kitchens, and lost a lot of her friends (and power) in the process. Taystee's old foster mother Vee arrives and she starts to try to be the Queen Bee who gets what ever she wants. 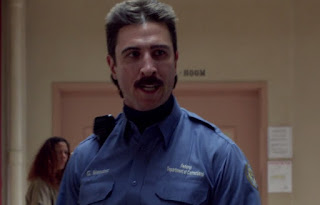 I'd say the second season isn't quite as good as the first. Though I liked how they somewhat "retired" some of the notable characters from the first season to smaller roles to give new ones the chance to be in the story. I wish they gave Piper a better story this time around, as she's not nearly as likable as she was in the first season. Though I did enjoy what happens to this season's major antagonist at the very end.

I think I'm yet to finish watching the complete second series!

I just cannot muster enough interest to give this one a go.