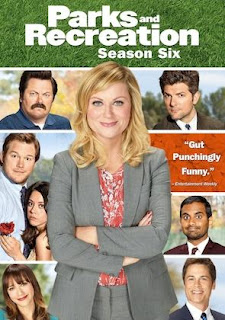 As I mentioned several times now, my wife and I are big fans of the Parks and Recreation series. I originally thought six was the last season, but there is a seventh. We already had many laughs about the fictional people of the made-up city of Pawnee, Indiana. 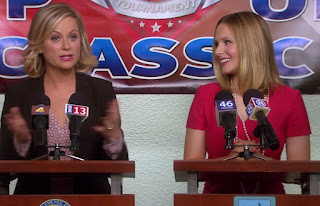 This season take a far more serious turn for Leslie Knope. She's currently being recalled and hopes to survive the election. She also has to work with Eagleton despite that the two towns hate each other. Eagleton is in financial ruin, which has the two towns agree on something big. Although not everyone in either town will like it too much. 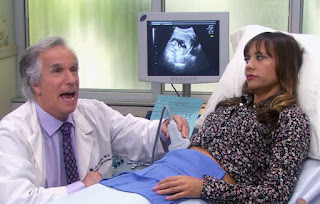 Other characters are moving on with their lives. Ann Perkins and Chris Traeger are having a baby and might have plans that might upset Leslie. Ron Swanson gets an unexpected surprise in his life. Ben Wyatt makes more career changes, and Tom Haverford tries to become a better businessman after getting more ideas. 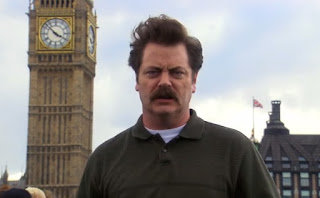 I'd say this is the worst season of Parks and Recreation so far. It gets very serious and rather depressing at times. Though it's still a good comedy with a lot of funny moments. My wife Daisy always gets upset when we're almost done with a beloved series, but I'm not bitter about it. I can see this show had reached its prime already.

It was a more serious season than usual.

Hi Adam, I'm new to your blog. :)
I've watched the first season of P&R but haven't gone back to it...too much competition on Netflix, I suppose. It is definitely hilarious. Right now, I'm trying to finish up Jessica Jones.

I'm with Daisy, I get said even if the series reached its prime!

I've not yet watched this series, but may now that you like it so much.