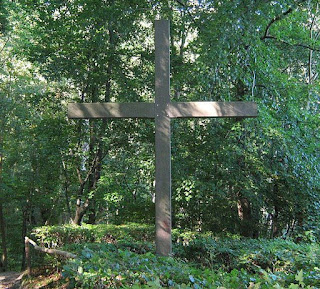 On one Sunday afternoon, Daisy and I were getting groceries when a man got right behind me and asked me a question. I was little spooked because he appeared out of nowhere, he spoke like he was a little drunk, and his teeth were yellow as a crayon. He claimed to be a pastor and mumbled about if we were "saved". I'm Agnostic and my wife is Buddhist and I can't stand dogma being shoved right in either of our faces. Religion should be a personal issue, and I told Daisy to to walk away with me as if that man never existed. I'm a nice guy even when I get mad, but I really had the urge to tell him to ask Jesus to save his dental hygiene.
Posted by Adam at 1:00 PM

You did the right thing, very awkward moment.

I have an issue with people who believe that because I don't share their religious beliefs, I'm lost. I'm not lost any more than they've been saved.

You're a true gentleman, Adam.

Ha ha - Jesus as a dentist.
Brilliant - you made my day.
B J Hunnicut aka Colin

I agreed with you, religion should be private and personal, people should not shove their thinking on others!

You handled it very well, Adam. It's best to just walk away.

I agree. I respect what other people believe and I expect the same. Do not come to my door or stop me in public to tell me I will go to hell if I am not saved. You did the right thing.

You did the right thing. Sometimes you just have to shake your head and walk away.

but but he just wanted to save you!

By responding in a similar fashion you just put yourself at an even lower level, best to just let it go and walk away.