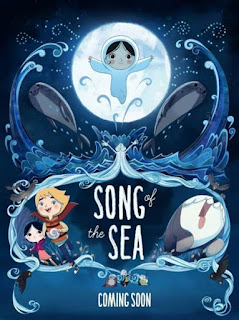 I can't exactly recall the first time I've heard of Song of the Sea, but I eventually learned it was not only pretty good but enough to rival a Pixar film. It was nominated for the Oscar for Best Animated Feature (losing to Big Hero 6), so it's certainly not one of those animated movies people just say is "just for the kids". But how excellent is it? 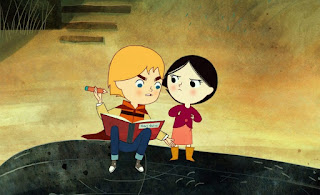 The film is about a Irish family, where the mother had left about six years ago with no explanation. The eldest child Ben despises his sister Saoirse as she is a constant reminder of how his mother left his life forever. Saoirse has her own issues, like not being able speak despite it being in her 6th birthday. 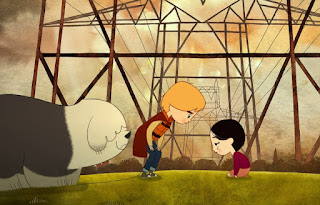 Ben would sometimes be a decent big brother and tell Saoirse about the stories their mother had told him when he was little. These stories where about creatures and figures who were the stuff of myth. However the two later learned there was far more truth to these stories than they'd ever imagined. However Saoirse falls ill and Ben must figure out the key to her destiny to save her life. 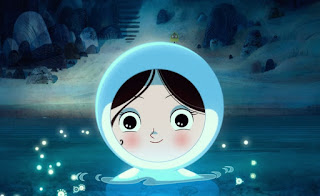 I liked Song of the Sea about as much I had expected. It's also not a musical (despite the title) it's just that a song in the story that is central to the plot. The movie reminds me the most of the Japanese film Spirited Away. The stories are quite a bit different, but they are both influenced heavily by folklore, and are so incredibly creative. I think Big Hero 6 deserved the Oscar more for the year of 2014, but Song of the Sea should not be ignored.

you probably heard about it from the spy, Adam!