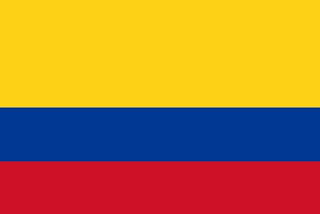 While I don't watch beauty pageants, I did hear what Steve Harvey did last night as host of the Miss Universe pageant. He declared Miss Columbia the winner who took her tiara and flowers long before Steve Harvey told everyone he made a mistake and that Miss Philippines was the real Miss Universe. While he did apologize afterwards, I saw the event after-the-fact and I really didn't think Steve Harvey sounded too sorry when he broke the news. I really do hope it was an honest mistake, I know Miss Columbia and the majority of her country (many smaller countries take far more interest than we do in America) are heartbroken.
Posted by Adam at 12:00 PM

Of course, I heard that on Glenn Beck, so the source may be suspect.

Columbia sounds a lot like Philippines so I can see how he could make that mistake.

It sounded to me like someone gave him a card with the wrong name written down. Really sad and cruel mistake.

Steve Harvey is a quality guy from what I've heard so I'm sure this was just an honest mistake.

I just feel sorry for the two young girls.
I hope it was an honest mistake???
Philippines and Columbia hardly sound alike even with an
American twang, but at least the two girls have one thing
in common - they can both speak Spanish.
I wonder could the judging panel and Mr Harvey understand what the girls may have been saying????
B J Hunnicut aka Colin

Yes, I'm sure it was an honest mistake.

Every year I watch the Miss Universe Pageant because it's cool to look at all the wonderful costumes from each country. I can imagine that Mr. Harvey got caught up in the excitement of the moment, being his first time doing this, and read the card incorrectly. I felt bad for both contestants who were clearly hurt and confused by the entire ordeal. I also think Mr. Harvey had to be embarrassed, causing him to try to "fix" the faux pas by putting on his host hat, instead. We all make mistakes, it was just unfortunate that this happened in such a public forum. Hugs...

I watched this show every year with my sister, but recent years I don't watch TV as then, so I never know when to watch this!

My God - did this have a field day here in Australia with the cartoonists. The Brits would have had a TV field day and no doubt many other TV stations around the World.
EG: Pentagon: High Alert WW3 - Columbia and the Philippines declare war.
Really when someone has to read a note on who is Miss Universe which is shown internationally, and was of course covered here as the Aussie girl was in the final 5, surely they can read properly. I never watched the actual event and the crowing - it was LIVE on one TV channel here, but by God it is now being shown "Ad Nauseum".
There is NO Excuse for this mistake.
Maybe Mr. Harvey - with his apologies should get reading glasses. One thing for sure this will be his last appearance as the MC at this event.
Maybe the event should be moved to a country that doesn't possess "persons who can't read"??
Really is up there with the Donald Trump business and the Tea Party mob of twits.
B J Hunnicut aka Colin

Columbia is hardly a 'smaller' country. They had tons of winners, they don't have to win each year :)