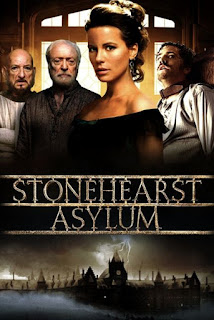 I was surprised I had never heard of Stonehearst Asylum last year. I was even more surprised it never made it to theaters despite having so many well-known actors in it. The only reason why I wanted to see it was because of Kate Beckinsale. 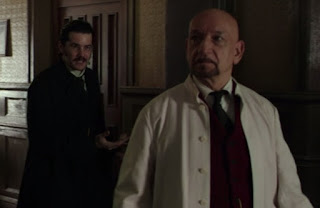 The protagonist is a man named Edward Newgate, who is a new doctor hoping to get experience at an insane asylum. His mentor is Silas Lamb, an unusual doctor who believes that patients could be better cured by treating them like they weren't patients at all. While Edward realizes some of the good things about the strategy, he often thinks some of his other methods are absolutely ludicrous. 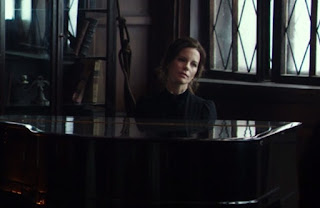 Edward falls in love with one of the patients, a woman named Eliza Graves. He doesn't truly believe she's crazy even though everyone says her husband had her committed after she violently attacked him. She appears to be a kind woman who likes Edward but not in the way he desires. Though she gives him a clue that the asylum has darker secrets that he is unaware of. 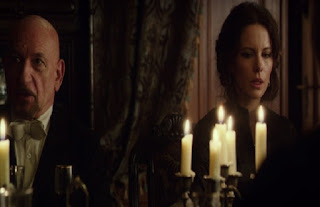 Overall Stonehearst Asylum was a tad disappointing. It had a serious story and terrific actors, but it can feel rather boring at many points. The movie's main creative idea is to shock the viewer by shifting reality upside down. Though the final twist I thought was beyond stupid and made the rest of plot seem idiotic.

I saw this one and I agree with your rating. It was an okay that could have been much better. And yes, the final twist was pretty dumb.

I like the cast but you've convinced me to avoid this one.

I've seen this movie and I also thought the ending was kinda lame. With all the good actors in it, I'm quite surprised at the quality of the script writing!

I haven't heard of this one, but I guess that's a good think given your review.

I also agree with your review. Great actors poor writing.

Oh, please, whatcha mean you haven't heard of it before, I wrote about it for years.... I kinda both liked it and not.... great cast though..... wasn't a bad one