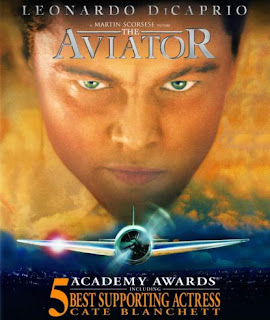 I remember hearing about The Aviator back in 2004, but especially back then I've never really liked Leonardo DiCaprio. Over a decade later, I will say I do recognize that he is a very talented actor and I'm surprised he's never gotten a single Oscar. The movie is about the life of Howard Hughes, who I vaguely knew about as he became famous for his movies, and his interests in airplanes. 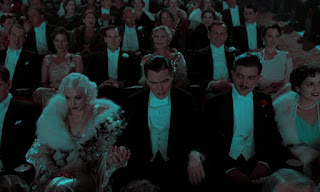 The movie starts with Howard Hughes' early life. He leaves his home-state of Texas and moves to California with the purpose of making films. One of his first movies was very challenging and many believed that he would never finish. Despite many obstacles, he not only completes his work but it's a great success. 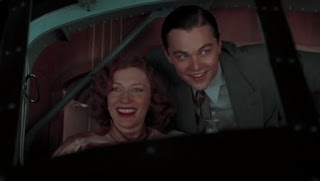 But Howard Hughes also was an avid pilot. He didn't just want to fly planes, but he also wanted to make them as well. He starts his own company which makes aircraft for the common people and the U.S. military. He also dates many notable celebrities like Katharine Hepburn, Faith Domergue, and Ava Gardner. 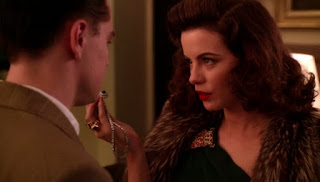 The Aviator was pretty much as I expected it to be. A very good film about the life of one of the most interesting people to ever live. Though I believe they portray him as too likable, even though you can tell he was never a saint. Cate Blanchett won the Oscar for Best Supporting Actress for her role as Katharine Hepburn, and I will say she is amazing in the movie. Though I will say the movie doesn't really get into the later half of Hughes's life, which is a bit disappointing.

I thought it was a decent film although I had a fair amount of difficulty accepting Leonardo as Howard Hughes.

Hi darling, how are you today? I love this, another great post.
Thank you for sharing this with us.
Check out my new post if you're interested:
http://its-dominica.blogspot.co.uk/
Merry Christmas & Happy New Year!

I enjoyed the movie.

I enjoyed the movie.

Yeah, too bad the movie left out the second part of his life. That's when he went really weird.

Sad whatever happened to Hughes.
Becoming a recluse is one thing, but becoming a lunatic
like recluse is something else. It really is unbelievable that
the medical people of the state where he lived his years out
didn't do something about him???
Privacy is one thing - lunacy is another!
A "Private Lunatic", eh????
B J Hunnicut aka Colin

He may get an Oscar one day..

I loved the movie..