The Legend of Zelda: A Link Between Worlds (3DS) Review 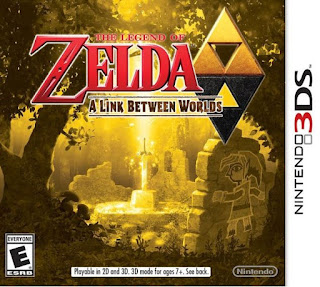 I've been a huge fan of the Zelda series ever since getting Ocarina of Time in either 1999 or 2000. I also really liked the Super Nintendo classic A Link to the Past. A Link Between Worlds is meant to be that game's "sequel". Except you don't play as the same Link (it takes place six generations later) but Hyrule hasn't changed much since. 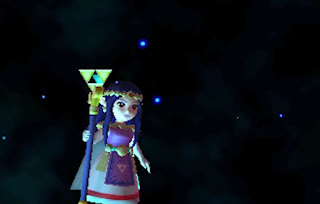 The story takes place first in Hyrule, as an evil sorcerer named Yuga has turned many notable people in Hyrule into magical paintings.  Events cause Link to travel to Lorule (which is different from the Dark World of A Link to the Past) which is like Hyrule but very dystopian. He meets Zelda's Lorule counterpart Hilda who asks Link to not only save his world, but her world as well. 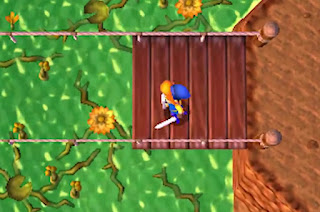 Just like the Dark World of the SNES days, Lorule is a like a mirror image of Hyrule for the most part. You sometimes have to travel between both worlds to get to the next dungeon or get to a item that was far out of reach. Some of them are simple enough, but there are plenty of secrets that will take a lot of cleverness and luck to find. 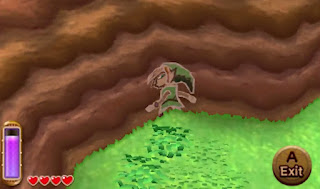 The biggest thing that sets this game apart from the rest of the Zelda series is the ability to become "2D". Link can turn himself into a painting and walk along walls. This will give him the ability to reach areas that no normal person could. The game uses the function well where you have fun doing it too. It's not used as often as you would expect, and wall walking never becomes too complex where it becomes frustrating. 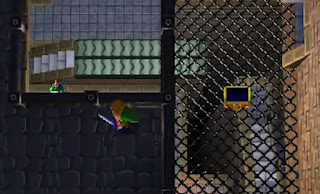 While the game has many dungeons, I finished A Link Between Worlds far quicker than I ever expected. But that's mainly because of how much fun I was having. I'd sometimes just want to finish one dungeon and once I was done I'd realized it was far past midnight. This new Zelda is far more original than you'd think (since it's a sequel to A Link to the Past) and offers quite a big of challenge in comparison to most of the recent Zelda games.

Email ThisBlogThis!Share to TwitterShare to FacebookShare to Pinterest
Labels: 3DS, A Link to the Past, Nintendo, zelda

Great entry , thank you for your visit!!kiss...

Great entry , thank you for your visit!!kiss...

I know nothing about this but glad you like it. xo

I'll just agree with bj. Glad you like it.

I've always loved Zelda! Good to know this is a good one!

It's a 9/10 game for sure for me. I got it and finished it in a week. Haven't got around to beating the New Game Plus (Hard Mode) though. Is it worth going back to? Probably. But I will finish Majora's Mask 3D first that a friend just lent to me.