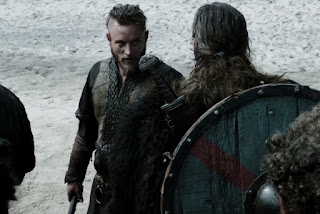 I had heard of Vikings ever since it came out in 2013. But I didn't ever watch it or knew much about it until now. I found out through a genetics test that I was 8% Scandinavian, so I figured that some of my ancient ancestors could have been vikings. Since I can't really recall watching anything with vikings in it, I figured this would be a good start. They base the story and some of the characters off the legends of the (probably) mythical viking Ragnar Lodbrok. 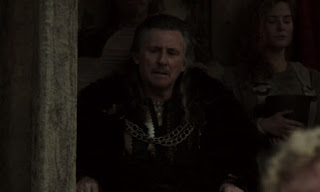 The story starts with Ragnar Lodbrok as nothing more than a typical viking loyal (on paper) to Earl Haraldson, the chieftain of the local community. He fears Ragnar in a way, and turns down his ideas to sail west instead of finding a small amount of treasures in the poor lands around the Baltic Sea. Sailing west can be risky, but Ragnar discovers a new way to travel on sea and not end up lost. He reaches the coast of England and is extremely successful after just one mission. 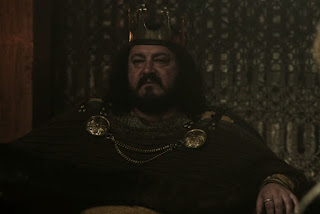 The Earl is furious, but can do little to stop Ragnar who is now a hero and legend. Outside of the Nordic countries, Ragnar and his friends are seen as heathens and villains. Ragnar attacks lands mainly in the country of Northumbria (in present-day England) which makes him the nemesis of King Aelle who wishes for nothing more than the gruesome demise of Ragnar and the rest of the Viking invaders. 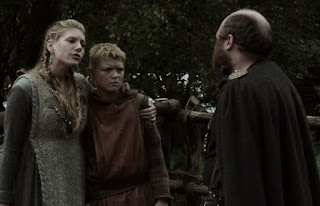 I have to admit that Vikings wasn't quite as good I had hoped. I really liked the parts where the Vikings sail to foreign lands, but thought the fighting in their homeland was a bit boring. Though Travis Fimmel is awesome as Ragnar, I also liked the character of Athelstan, and I was really impressed by Katheryn Winnick as Ragnar's wife Lagertha as she's one the strongest female characters I've seen in awhile. I also liked how they show the worship of the Nordic gods and the spiritual/cultural conflict the Vikings have with Christians from England.

I haven't seen the show.

I believe the Vikings were the greatest explorers and seafarers of all times. What they did back in their triumphant days of glory is truly amazing.
If you ever, Adam, get the opportunity to travel to Europe make sure you visit Oslo and see this place:
https://en.wikipedia.org/wiki/Viking_Ship_Museum_(Oslo)
Plus there is also a restored Viking village to tour.
Mind blowing I an assure you. Plus you will find the Norwegians the friendliest of people on this planet.
B J Hunnicut aka Colin

I haven't seen this but I've heard a lot about it.
Hope you and Daisy have a wonderful Christmas.

Have a beautiful day tomorrow.

I want to see this one. My Tivo messed up my recordings, but I'll probably catch up soon on in-demand.

I stopped watching after the third episode.. they're just glamorizing the aggressive butchers.

Love this program. Haven't missed a single episode and I eagerly await its return.

My Rare One and I ADORE the Vikings series! We love all the characters, heathen butchers though they may be. The Christian butchers are no better.