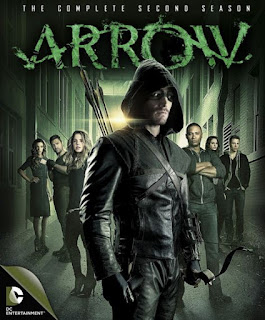 After years of waiting, I finished the first season of Arrow back in November of last year. I thought it was good, but the series had a lot of filler and too many episodes. I was curious about season two, and I'm surprised I had started it so quickly. This one doesn't change things drastically but adds more super-heroes and super-villains to the mix. 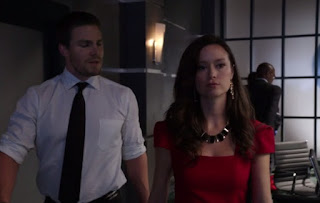 After Malcom Merlyn's Undertaking plan had devastated the Glades, Starling City has never been the same. Out of guilt for Tommy Merlyn's death, Oliver Queen leaves the country. He eventually comes back after crime takes the city back over. And his family's company is in a crisis, along with his mother facing a criminal trail for her relationship with Malcolm Merlyn. 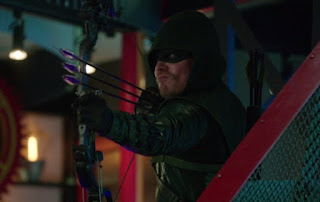 Oliver adopts a more pacifist philosophy when he fights criminals than he did the year before. Believing he could do more to honor Tommy's memory by never taking another life. However Oliver's mistakes on the idea eventually catch up with him. A monster of a man comes to Starling City to turn Oliver's life upside-down. 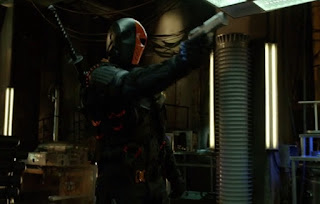 I will say the 2nd season is a good bit better than the first. But like the first, there is a good bit of filler that can bore. I didn't like how Oliver became more "peaceful" as I believed his original style was far more realistic. I really liked Oliver's new major ally Canary, and how he trained a new protege. I felt the new major villain was better than Malcolm Merlyn, though I felt they let the story drag on forever.

I watched a few episodes of it but it's just not my thing.

I didn't get it, maybe next year.

Not my "cup of tea" or really stubby of beer, either, Adam.
Fantasy or "Star War" type movies with "aliens" - not my idea of entertainment.
B J Hunnicut aka Colin

I've not seen this but like Mr. Hunnicut, these aren't my favorite type movies.