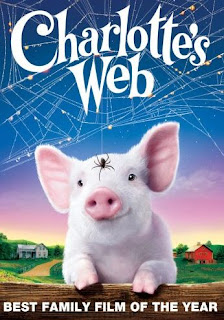 Like many people, I read Charlotte's Web when I was a child and I also remember watching the cartoon movie version that was made in 1973. Decades later, Nickelodeon decided to make a new major movie which wasn't animated. I didn't care to see it in theaters almost ten years ago, but I figured I'd see it now to see how it compares to the wonderful 1973 version. 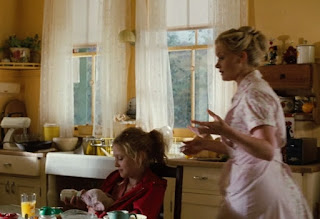 For those not familiar with the story of Charlotte's Web, it's about a young girl named Fern. One day she sees her father take a piglet to put it out its misery as it's stronger siblings get all of their mother's milk. She begs to take care of him, even to the point where she feeds him by a bottle. She names him Wilbur. 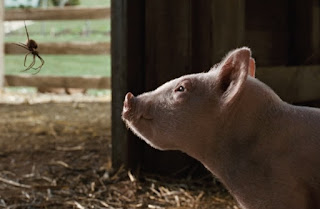 Wilbur is a friendly and happy pig, but he does get lonely. He befriends the spider Charlotte, who the other animals in the barn think is hideous. Wilbur sees her inner-beauty, and becomes her only friend. There is talk of Wilbur turning into bacon, so Charlotte decides to write a message in a web to keep humans from making him into a pork meal. 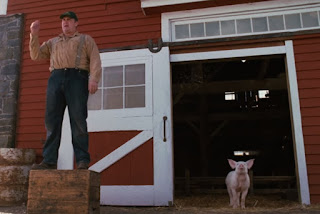 It's hard to hate on Charlotte's Web as it's a classic story. Though I do believe this one isn't quite as good as the 1973 version. I did like Dakota Fanning as Fern Arable and Julia Roberts was a good choice to voice Charlotte. Whether it's this movie or the 1973 one, neither should disappoint a child or someone young at heart.

I don't know the story to "Charlotte's Web" beyond what you've said here but I did used to know someone called "Charlotte Webb".

I too have read the book and saw the cartoon movie but haven't see this movie but I'm sure I'd like it too.

I've seen this a million times, not a fan of this , but it's pretty good.

I grew up on this story and still love it.

I've read (and have) the book but I'm not sure if I've seen the movie. I don't think so.

This is a darling movie that I so enjoyed with some of our grands...in fact, we bought the DVD..