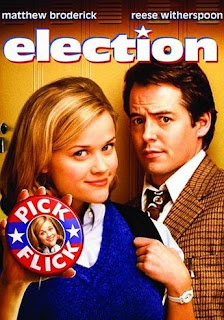 Since I was eleven when it came out, I don't remember when Election hit theaters. I had heard about it awhile back, but procrastinated about seeing it. Despite the name, it has nothing to do with Democrats vs. Republicans which is all too common to hear about in 2016. It's about a race for a high school's class president, and a teacher who meddles in the campaign. 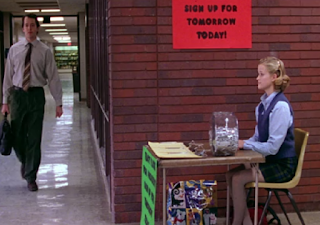 At a typical high school in Nebraska, a know-it-all over-achiever named Tracy Flick decides to run for class president. She's very eager to campaign despite being constantly reminded by her teacher Jim McAllister that she is running unopposed. Though Jim goes a little crazy when he realizes how much time he'll be spending with Tracy as he finds her terribly annoying. 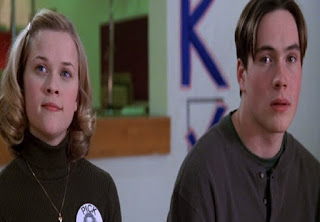 He decides to convince a football jock named Paul Metzler to run against Tracy. He's very popular but a tad dim-witted with a good heart. Things get bizarre when Paul's sister Tammy decides to run for president too, and her "who cares" campaign becomes the irritation to the school principal. Jim doesn't care who wins as long as it isn't Tracy Flick. 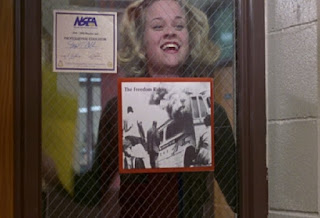 Election was based on a popular book and did well with movie critics. I didn't think it was quite that good, but a great comedy. I think the thing that holds the story together is how well Reese Witherspoon portrays the character Tracy Flick. I think everyone knew that girl in high school who wanted nothing more than to be first in everything. I also really liked the character of Tammy, who brought along a lot of comedic gold.

I don't remember this one....
Do you have to work this weekend? Hope you and Daisy have a good one.

I've seen this a few times....I do think the movie is just ok although Reese as Tracy was perfect casting IMO.

I remember this one! I loved how snarky Reese was in the film!