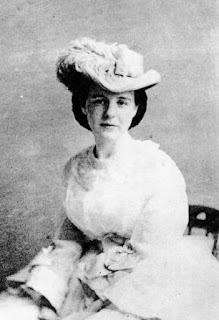 President Theodore Roosevelt's father Theodore Roosevelt Sr. was very pro-union during the Civil War, despite never serving a day in the military. He hired another man to take his place (which was legal at the time) which would have seemed cowardly without knowing his at-home situation. He most likely never joined the war to avoid a massive conflict with his wife Martha Bulloch. She was a southern belle who had brothers fighting for the Confederacy and she was deeply worried for their safety.
Posted by Adam at 12:00 AM

Certainly a problem of conflicts.
"Hiring" someone to take his place ???
Well that may have been legal, but do you have
a conscience for the plight of the "hired man"??

Anyhow Pres. Bush Jnr - "The Prince of Clowns of the
White House" seemed to have had patronage for not going
to Vietnam.
B J Hunnicut aka Colin
PS: I reckon Capt. Hawkeye Pearce of the 4077 Mash would have had plenty to say on this report, and Bush Jnr. eh????

This is a prime example to never judge someone for what they do or how they act...we never know what they might be doing it for or what they are going thru.

He wanted to keep the peace at home..

Very good point about not knowing his situation. At least, he was pro-union:D

I never knew you could hire someone to go to war for you.

Interesting!!! Have a happy weekend!

so no war for the rich who usually start it in the first place?