I Learned More About My Stillborn Nephew Today 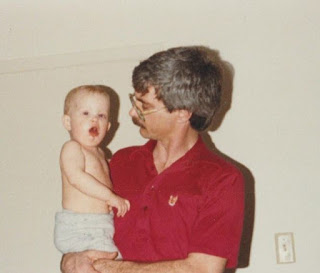 As I mentioned earlier, my brother Zach's unborn son died before he was due in March. They named him Evan with the middle name Carter.  The funeral for Carter will be on Tuesday morning. He mentioned how difficult it was to bury a son without knowing him, and it was even more heartbreaking to remember that we lost our father at an early age as well.
Posted by Adam at 11:59 PM

I'm very sorry for your families loss. My brother lost his unborn son 5 years ago and that funeral was probably the hardest I've ever been to. My condolences.

Oh no, I'm so so sorry to hear this :( I can only imagine how hard this must be.
My thoughts are going out to all of you.

Oh, that's so sad. I'm so sorry for your families loss. My heartfelt condolences.

A sad day for your family - my sincere condolences.
Colin

Having been through this many years ago, I understand the hurt and pain, and offer prayers and hugs to you and your family. RO

I am sorry, Adam. I can think of nothing worse than losing a child. Mr. Sweet and I both offer condolences to your family.

So sorry for your loss, regards to your family.

I'm so sorry about this, Adam. It's so tragic. My deepest sympathy to your family.

It's truly heartbreaking. Condolences to your family!

My deepest sympathy to your family.
I understand your pain of this immense loss, I have gone through, too.
Praying for you and your family, 'wrapping my arms around you'.
Blessings and love,