It seems like yesterday that we were celebrating the new year of 2016. Now the first month is almost over. Here are my favorite things from January. 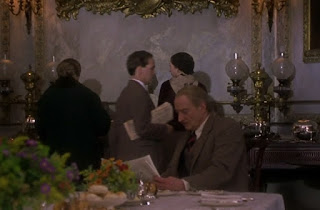 I didn't watch any movies that wowed me this month, most of them were good but a bit disappointing. This is partly true for Gosford Park as I didn't enjoy it nearly as much as Downton Abbey which was originally intended to be a spin-off of Gosford Park. Though it's a really neat movie with a great murder mystery. 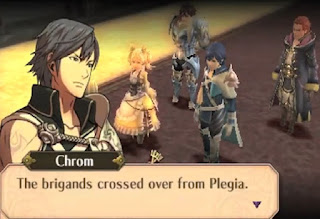 This was my first game in the Fire Emblem series and I just loved it. I remember liking Advance Wars on Nintendo DS, but I just could relate much better to the days of olden warfare. The turn-based strategy is very fun, but the game can become too difficult for its own good. A new Fire Emblem is suppose to arrive in Feburary but I think I'll wait a bit before I play that one as I don't think I have the time or energy for another epic quest. 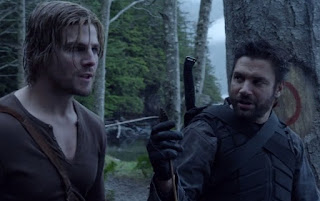 I watched the second season of Arrow (based on DC comics Green Arrow) this month and thought it was better than the original. I liked the story of Oliver's past on the island, and his new war against his former friend Slade Wilson. The season does have a lot of filler, but I thought the story and characters got more interesting than the original season. Hopefully the third season will impress me even more so than the second.
Posted by Adam at 2:00 PM

I know right, how time flies!

Wait, January IS almost over isn't it? Well, good riddance.

Wait, January IS almost over isn't it? Well, good riddance.

I've never seen Gosford Park. Will add that to my to-watch list.

Arrow is on my list of shows that I want to check out.

Interestingly enough, we also rented Gosford Park and were less than impressed. Downton Abbey is a great improvement.

I have Arrow on my list to catch up on some day.