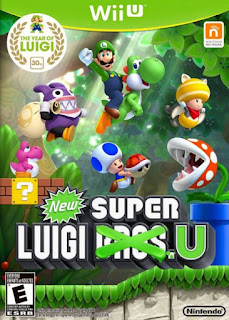 It's sometimes hard being Luigi, who's often just the character little brothers had to play as since their older brothers would always choose Mario. I had heard of New Super Luigi U. which is like an expansion of New Super Mario Bros. U for WiiU. I got the game years late, so New Super Luigi U was included on the same disc. 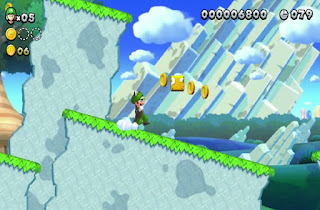 The game is the same story of New Super Mario Bros U. except Mario is nowhere to be seen (though his hat is present) in the world. There is a multiplayer co-op like the main game except Mario's place is taken by Nabbit. The worlds look the same, and the bosses are how you remember them too. Except there is a big difference. 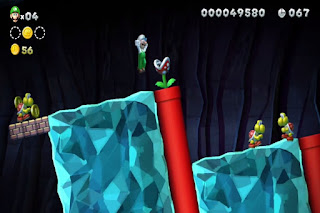 All the levels are very different. The time limit is much shorter which scared me at first since some of the levels in the main game took way longer. However the levels are shorter, and don't take much time to finish. Just like most other Mario games, Luigi can jump higher than Mario. 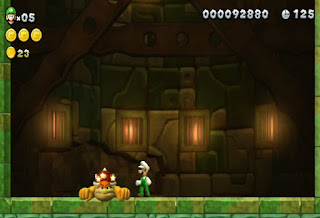 But honestly I didn't like New Super Luigi U. that much. It's a neat idea, but it's almost like the second quest mode of the Zelda games. Not different from the game before it, but something to give fans the ultimate challenge. But I thought New Super Luigi U got too difficult too fast, and the levels go by too quick to really enjoy them.

I don't play any games but I imagine they are fun.