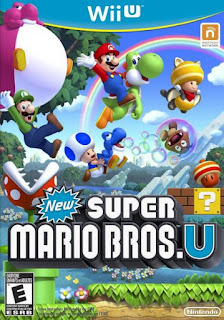 Super Mario Bros. has been one of my favorite games ever since our dad got us a NES when I was about two years old. The series had seen its ups and downs, but none of them have bad games. Though some of the Mario spin-offs could not say the same. The portable New Super Mario Bros have been too easy, but I loved New Super Mario Bros Wii. So I was looking forward to its true sequel very much. 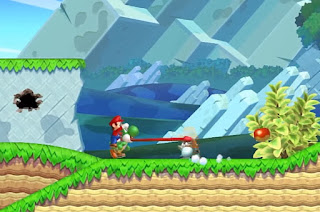 Those familiar with 2D Mario platformers know what to expect here. You conquer worlds a single level at a time until you reach Bowser and defeat him. You can also play four-players at a time like Super Mario 3D World, but I never got to chance to play anything other than solo mode. Though I was glad I could play with just the wiimote than the Wii U gamepad. 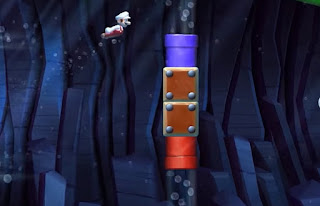 Though there isn't a whole lot new to the game that the series hasn't seen before. You have the fire flower, ice flower, and the super acorn as the major power-ups. The only new one is the super acorn, but it's too much like the Tanooki suit to add anything drastically new. Especially in comparison to the propeller mushroom and the penguin suit in New Super Mario Bros. Wii. 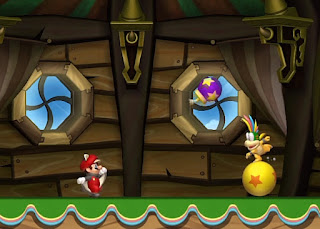 But overall I thought New Super Mario Bros. U was a really good game. It's certainly got more challenge than the DS/3DS games, but not quite as difficult as the NES/SNES games. I was also glad to see Yoshi (like he was in Super Mario World) in the game even though you only get to use Yoshi very few times. It is a little disappointing considering the 2D Marios are some of the greatest games ever made, but no WiiU owner or Mario fan should miss this one.

Mario is one of my favorites
xx

Haha fun! It's been such a long time since I last played games.
xo.
FROM HATS TO HEELS
http://www.fromhatstoheels.com/

Aw Yoshi!! He was my fave back in the day!
~Pau
www.lilbitsofchic.com

Was in Nintendo that came out with the first Mario? I would play it by the hour....loved it and all the grands had a Nintendo....so fun