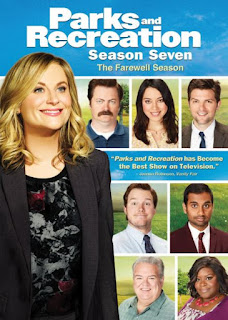 Last year my wife and I watched most of the Parks and Recreation series. We just got finished watching this season, which is the last one. I'll admit that while it is a very funny show, it certainly needed to finish. Luckily they knew this would be the last season, so there wouldn't be any cliff-hangers or unanswered questions. Leaving fans to say goodbye to the crazy characters of Pawnee, Indiana. 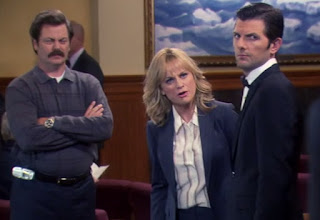 This season takes place a little bit after the very end of season six. Leslie Knope is now a bigwig for National Parks, but during the time gap something bad happened between Ron and Leslie. They used to be good friends (with personality differences) but they can't stand each other. Ben Wyatt convinces the rest of the old crew to work together to fix Ron and Leslie's shattered friendship before they get even worse. 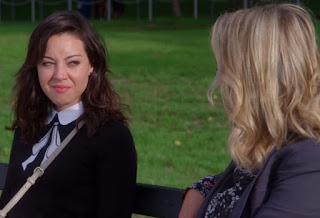 But despite Ron and Leslie's problems, everyone is trying to move-on to the next path in life. April wants to quit, and find the job she really wants. Andy is becoming pretty famous as Johnny Karate. Tom Haverford is doing pretty well with his restaurant, and Donna is getting married. Which makes you wonder where they will all end up at the end of the series. 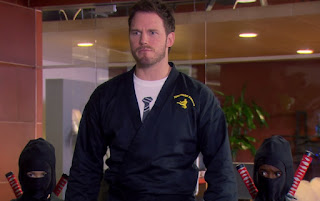 I'd say the farewell season was good enough. Nothing quite hilarious like the series' best moments, but I had my share of good laughs. I'd like how they did all the character's futures, and had a lot of cameos from characters you'd forgotten about. Some shows end before their time, some stay far too long, but I think this one ended at the perfect time. Though my wife would disagree, every-time one of her favorite series ends, she gets sad. And she was a little bitter when we got done with that last episode.

Ahh so many series to watch, so little time! Sounds like a good one!

I did watch it, but not consistently.