The SpongeBob Movie: Sponge Out of Water (2015 Film) Review 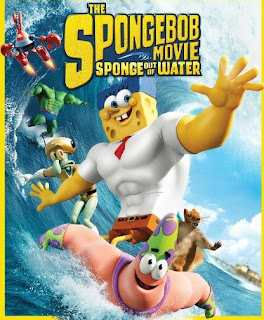 Like many people of my generation, I really like SpongeBob Squarepants. It's really amazing how long it's been on TV as it first came out in 1999. I remember watching the first major movie back in 2004 and thought it was pretty good. I was surprised it took over a decade for another movie to come out, but while I didn't watch it in theaters, I knew I'd eventually see it. 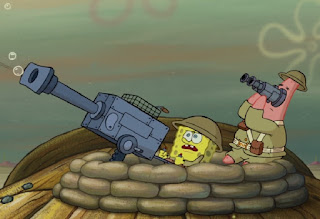 The film story begins with Plankton attempting to get his hands on the Krabby Patty's secret formula. SpongeBob and Patrick attempt to stop him as they go to "war". Plankton is almost successful and tries to grab the formula. Before he can, SpongeBob grabs it and then it magically disappears and it seems that Plankton had nothing to do with it.  Though Mr. Krabs doesn't believe his nemesis is innocent at all. 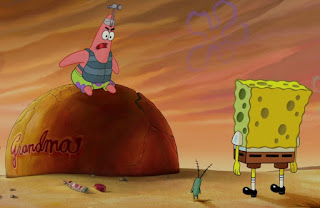 The town almost instantly goes downhill. SpongeBob saves Plankton from an angry mob, and they eventually agree to work as a team to find what really happened to the secret formula. But they'll have to work fast as without Krabby patties, the town is in chaos and many go to desperate measures to have another nice meal again. 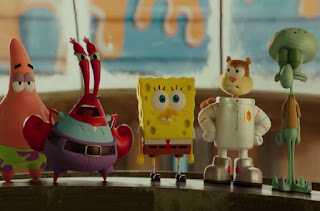 I'd say the new SpongeBob was about what I expected. Not even close to some of the more brilliant cartoon episodes, but it's a movie that won't disappoint fans too much. I'd say it's biggest flaw is using the story-line of Plankton taking the formula as we've seen it a million times before. Because of it the movie moves a little slow until the more creative parts come along. I'm not sure if they'll be a third major movie, but I hope they learn from this mistake.

I can't help it. I just love SpongeBob.

Wow! You are super popular - better give you a bit of a read! Lol!! Love the Spongebob theme music - I tried it with my student band once = epic fail.

We all love SpongeBob here. How can you not love him? He was my younger daughter's favourite character growing up.

SpongeBob, I love it !

As Austin Powers said, "Not my bag, Baby."

Haven't seen it and probably won't unless my grandson happens to be watching it.

I love sponebob...but I was very dissapointed with this movie. First I felt that it really was child friendly. Second, it ruined my Antonio Banderas fantasy. Lol