Christie and Fiorina Drop Out of 2016 Race 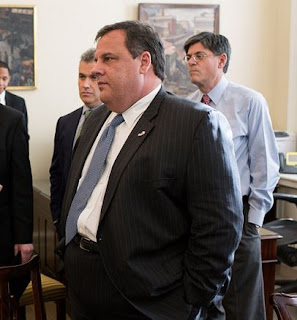 After just two primary states, we've seen the Republicans' long list of candidates start to dwindle down to a more reasonable level. After New Hampshire, two candidates decided to call it quits. One of them is New Jersey Governor Chris Christie. Not quite as conservative as his peers, he didn't get much support. I honestly don't think he should be Governor after his bridge-gate scandal, let alone president of our great country. 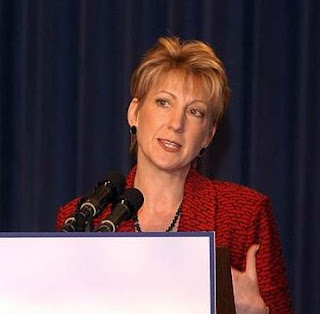 Then we have Carly Fiorina, who like Ben Carson has never held public office. She was most famous for being CEO of HP, though very few bring up the fact that she was fired (forced resignation) for doing such a bad job as CEO. She had a very big tirade against Planned Parenthood, which I think was more for show than her own personal feelings. Though I do think it's rather pathetic to hurt or insult women's reproductive rights so you could convince some far-right lunatics to vote for you in the primary.
Posted by Adam at 1:00 PM

I was put off by the way he went after Rubio. Not that I'd vote for Rubio, but I hate that shark mentality.

Neither of those was a loss. She with no political experience would have been a disaster of - well "minor" Trump proportions, no candidate, no matter how bad would match "major" Trump proportions. Trump from latest TV coverage reports is showing signs of maniacal symptoms.

I note in your report Adam you mention " our great country" and that is a worthy and patriotic thing to say, but you end up with Trump or Cruz, you will have to write up " our ONCE great Country and now the laughing stock of the World".
B J Hunnicut aka Colin

Neither one were serious contenders. Christie should have run in 2012 when he was in a better position to make a national name for himself.

I don't mind Christie dropping out. He seemed like a nice guy when I met him, but he is liberal enough I don't think I could have voted him even in the general election if he were the Republican nominee.

I did like Carly Fiorina though, and was sad to see her drop out. This last debate was a real mud-slinging contest that might have benefitted from the presence of a lady!