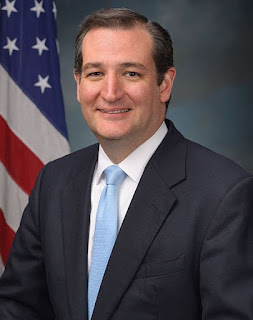 The Iowa caucus results are here and many are surprised on the GOP side. It became clear in the polls that Trump had a good lead, but he came in a not-that-close 2nd to Ted Cruz, a man who isn't eligible for the job because he was born in Canada. But logic and facts tend to matter little to GOP voters. Though I think Rick Santorum won Iowa last time in 2012, and look how that turned out. 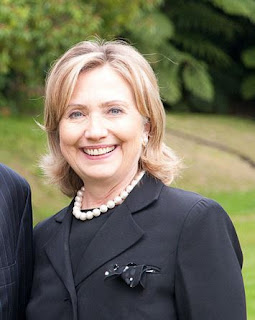 The Democratic side was essentially a tie, but a technical win for Hillary Clinton over Bernie Sanders. Many democrats expected meddling by the DNC, and I think that might be true. The Democratic caucuses in Iowa operate differently than the Republican ones, and they don't make a lot of sense at times. I heard five voting places deciding the results with a "coin toss' with every win going to Clinton. Talk about some "luck" there. Though in terms of delegate count, Clinton has 22 and Sanders has 21. 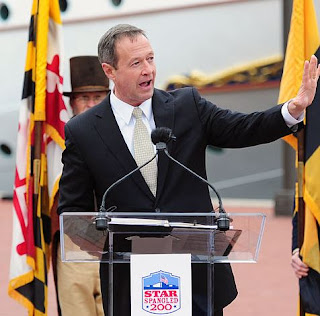 But usually after Iowa you'll see at least one person drop out of the race. I believe there are only two so far. One is Martin O'Malley who had struggled to get any support away from Clinton or Bernie Sanders. The other is Republican Mike Huckabee who never saw much energy in his campaign. His political stunt making a "hero" out of the bigoted Kentucky clerk Kim Davis did not take many voters from other GOP candidates.
Posted by Adam at 12:00 PM

Glad to hear these results

I was just reading an article about the coin tossing; terrible way of voting/determining results.

I'm glad this nonsense is over and we can go back to disregarding Iowa.

I'm surprised (but delighted) to see how well Bernie Sanders is doing so far.

Well - strange that Cruz is in the race if being born in Canada disbars him. Something doesn't seem right.
He certainly has the evangelical mob in his hip pocket, so now what happens if the birth place is not sorted out???
Bernie I think is doing well for the Democrats. Tossing a coin, I must have missed that on the news here, but you can watch just so much of this electoral circus that Americans play.
I note that corn is the most productive crop in the farming state of Iowa. Could it be possible that these "results" may just end up - "rather corny" ????
B J Hunnicut aka Colin
PS: Watched a replay of a replay of MASH 4077 last night,
I haven't seen every episode when originally shown.
Amusingly this episode was on a rat invasion of the hospital and camp. I thought under the recent furore of "BAD RATS", this was most appropriate.
I can assure rats and the hospital did not see "eye to eye".
The Rats lost - ha ha.

Very interesting results. I'm so curious to see who will be your next president.

The Sydney Morning Herald - a Fairfax publication - not Murdoch - has a good analysis of the Iowa results.
They seem to think that this Marco Rubio (Republican)
will get the nod from the "Establishment" Republicans
and gain the Little Jebbie boy voters!!!
Seems that Cruz is really "ON THE NOSE" on Capitol Hill with all and sundry. His "bible bashing" and depending on the Lord Jesus to come to the rescue is all BULLSHIT.
As for Trump - well it seems the World has made it clear that he is NOT wanted by anyone. I reckon American voters will see this as "Don't be fooled by Money Trump" - no experience in International Affairs or Diplomacy. A calamity to make " Calamity Jane" even look normal.
The cartoons in the Press are quite funny - Hilary trying to climb a mountain and carrying Bernie Sanders. Hilary does not look too pleased with her excess baggage - ha ha!
To be perfectly honest I don't like any of the candidates - money does not buy common sense or experience for the position of President of the USA
On the Democrat side - a toss up with the toss really looking more Sanders way.
i don't think the International Community was overly impressed with Hilary's stint as Secretary of State.
Cheers
B J Hunnicut aka Colin

The fact that Bernie got within .20% of Hillary is good news.

From what I read, Clinton won *6* coin tosses. Pretty amazing. The Democratic caucuses seemed to have been poorly organized and unprepared for the number of voters who turned out. I had one Democratic friend post a photo of his hand with numbers written on it; he said, "I feel like I'm in a middle eastern election, They ran out of paper cards and had to mark people's hands with sharpie marker."

Of course the Republican side isn't much more beautiful with the Cruz campaign telling the Carson people at the caucus that Carson was dropping out and they should vote for Cruz. One of my friends was going to speak for Carson. They told her that, so she said only a few words and sat down--and thankfully started checking her phone, where she found out the truth. After talking with the organizer, she was able to get up again and say her piece for Carson.

First off, it has been made clear that Cruz IS an American citizen..folks can google it...
I swear I will fall off the face of the Earth if HC gets elected to the White House. If you think our country is in more trouble than they have EVER been in, just wait for another 4 to 8 years OF THE SAME. I swear, people...it is so beyond me how ANYone could vote for her knowing how she lies and cheats and lies some more.
I just don't get it. And, I feel certain sure some one is going to tell me all about it.

(Thankfully my caucus location had no such disasters.) It is odd how so many conservative Christians support Cruz--makes me nervous. I agree with most of his positions on paper, but haven't really had a good feeling about trusting the guy...oh well, I rather hope my fellow Christians are right about him being a good guy. But I guess we'll see.

winning 6 coin tosses isn't AMAZING...or GOOD LUCK....but if ya'll believe it, I have some ocean front property in Arizona for sale...

Your instincts may be right, Bethany. He's got shark eyes. And there's always a little smirk at the corner of his mouth as if he's amused by everyone. Or thinks he's better, smarter. There are clear signs of arrogance. Every time I listen to him speak, I watch his eyes and facial expressions, and I get a horrible feeling in the pit of my stomach; makes my hair stand on end. There's just something not right or trustworthy about him.

"Ted Cruz has jumped ahead of Donald Trump in the latest Iowa poll. The poll was called 'Who's crazier?'" –Conan O'Brien

My dear "BJ" of Texas - I do not want you to be falling off Planet Earth - where would you land?
I agree with you on Hilary - I have made that clear if you read above.
Now I have googled Senator Cruz and WIKI doesn't lie.
Unless in December 1970, the Provence of Alberta, Canada was taken over by the USA - he was born in Calgary, Alberta. I have just checked - Alberta is in Canada! PM Trudeau - the enlightened new PM - would be horrified to learn of Alberta - jumping from one jurisdiction in 1970 for the birth of Cruz and then jumping back to again be a Canadian Provence!

It is also a well known fact that Ted Cruz is not highly regarded on Capitol Hill - that is a problem.
And that is from both sides of the political spectrum.

How well known is he in the International community???
I would say - Zilch. What travels overseas on missions of gaining knowledge has he done???
Who really knows him????
These are all important aspects to be considered.
I won't go into the "Unmentionable Billionaire" whose name I will try never to speak/write again - but I can't positively promise that.
I will not go into his religious background but it is - quoting texts from the bible around negotiating tables if he was President, would result in hysterics from the other side.
He is probably more dangerous to the cause of the USA than " THE UNMENTIONABLE".

As the NASA people have made famous - "Houston, We have a Problem" and indeed you do.

Cordially as always and please don't spill any of your coke on the computer keyboard.
B J Hunnicut aka Colin

Oh "bj" you are a little minx aren't you?
As geography is not the forte of the US education system, I think you should have had your "ocean front property" for sale in Wyoming - ha ha.
B J Hunnicut aka Colin