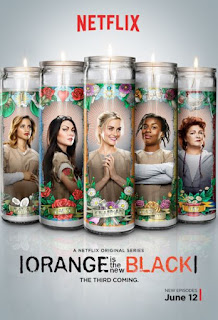 While we didn't start the series until last year, my wife and I have been enjoying Orange is the New Black. I know the fourth season will be out in a few months, so I figured we'd finish the third before it does. My wife likes to watch seasons of the same show in a row, but I prefer to space it out a bit. The first two seasons were pretty darn good, but does the third still have that same magic in this comedy-drama? 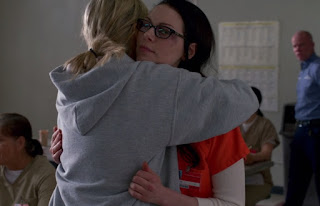 This season starts quickly after the events of the 2nd. Alex Vause returns to Litchfield though Piper Chapman better hope that she doesn't find out she's the reason she came back or their friendship may never been put back together. With Vee dead, her short reign of terror has ended. Which certainly makes almost everyone there a lot safer. 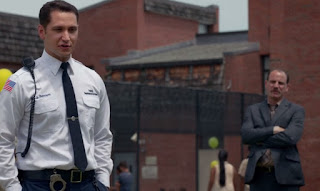 The staff of Litchfield will see many changes by the end of the season. John Bennett is still pondering on what to do on the matter of getting Dayanara Diaz pregnant even though Joe Caputo swept the issue under the rug. While Caputo got a promotion, he never expects the news about the prison being scheduled to close. The question is if he can save the jobs of the staff and prevent all the women from getting sent to another place. 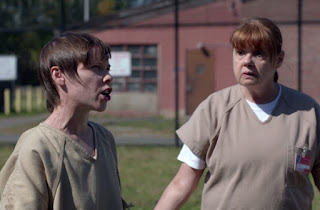 Overall this season was pretty good, but not quite as a good as the original. Like the 2nd, the focus is far less on Piper Chapman and instead gives many characters more story-time. I always say that any sitcom needs a strong cast of characters instead of one, and theirs is strong enough to keep the show good enough in-case Piper Chapman left Litchfield forever. While I didn't like some of the fates of certain characters, Daisy and I will be excited to see when the story returns for a new season this June.

I only watched one episode and didn't like it.

I enjoyed the first season but lost interest halfway through the second season.

One of my favourite series! Looking forward to the 4th season!

I didn't care for the 2nd season because of that horrible Vee character, so we skipped season 3! I hate that because Season 1 was so good!

We can't wait for the 4th! I love this show!