Paul and Santorum Drop Out of 2016 Race 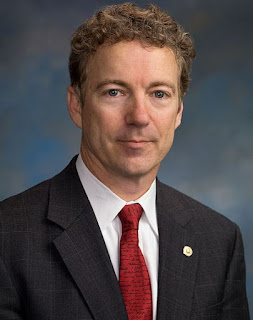 After Iowa, many candidates have dropped out. The most recent being these two Republicans. I suspect Rand Paul thought he'd do better than he did. His father Ron Paul had a lot of loyal fans when he ran back in 2012, but Rand's inconsistency as a Libertarian did have a lot of them follow him four years later. He does follow his father's foot-steps of advocating for policies from the 19th century and plenty of other ideas that benefit millionaires like themselves. 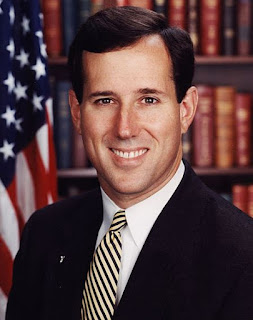 Rick Santorum basically came in 2nd to Mitt Romney in 2012. It is common for the runner up to take 1st place four (or eight) years later when the party needs a new candidate. However he almost got just 1% of the votes in Iowa, so I can see why he no longer thinks he can president in 2016. But honestly his scary belief that the U.S. government should merge with Christianity and the enforcement of Biblical laws makes me think he shouldn't be president even in his dreams.
Posted by Adam at 10:30 PM

Good riddance to both.
As for Paul Rand - well I had never heard of him
So did the Google (WIKI) usual.
A complete "nutter" and "Tea Party" to boot.
Rick Santorum I knew about from 2012.
This bloody Evangelical garbage has to cease. Why doesn't the USA dig up Moses - Didn't he part the Red Sea?
I can just see Moses standing atop the Capitol Dome with his bible in his hand - then again I think Moses came before the Bible didn't he? The Old testament?????
Or was it the revived Tea Party "New Testament" written by Madame Moose Sarah Palin????
Adam - you sure have a sense of humour - for God's sake don't ever lose it, mate.
B J Hunnicut aka Colin

Good to see you have spoken your mind Adam :)

Hell, it's even bad by Trump reality show standards.

He has a quick temper and seems short of patience...he wasn't a favorite of mine..at this point in time, Rubio is my choice but.....we'll see.

He never understood the beayru of separation of church and state.