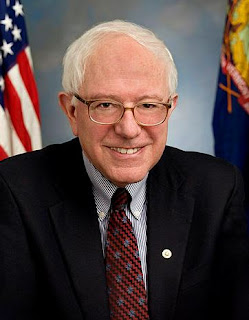 Bernie Sanders was expected to do well in New Hampshire and he really did. He got 60% of the vote versus Hillary Clinton's 38%. About 2% of the vote went to either Martin O'Malley (who's officially out of the race), write-ins, and obscure candidates nobody has even heard of. With Bernie's win in New Hampshire, he officially has more delegates than Hillary Clinton. Though neither New Hampshire or Iowa is very populous, so there's a lot of delegates and states left to go before it's all over. 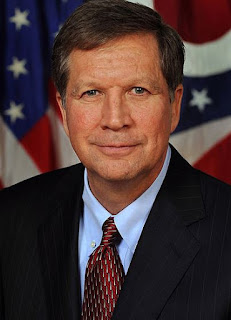 Donald Trump was expected to take first and he did, but the big surprise was Ohio governor John Kasich coming in at a distant 2nd. Far more moderate than most in the GOP, he never did well at all until now. Marco Rubio and Ted Cruz struggled to get much support in the state. Ben Carson who briefly took "front runner" status from Trump in early polls got about 2% doing the worst out all the major candidates still running for president.  .
Posted by Adam at 12:03 AM

I would like to see Governor of Ohio John Kasich and Bernie Sanders as the choices for the US Electorate. God help and save the USA if you end up with TRUMP, the exceedingly dangerous and not so funny clown!
B J Hunnicut aka Colin

Bernie Sanders has really surprised me. In a good way!

I'm happy Kasich did well; he seems like a good man even though I don't ever vote for Republicans because of who they might nominate for the Supreme Court.

thanks for the results...it's worrying Trump winning anything.