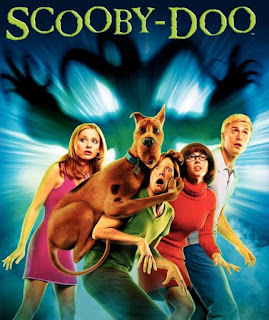 While the original Scooby-Doo cartoon series came out well before I was born, however the re-runs, sequel series, and TV movies were certainly part of my childhood. I really don't know why I missed the major two movies when they came out in the 2000s. I was 14 when the movie was new so I suppose it was that phase of life where you totally reject anything family-friendly in an attempt to convince yourself that you were older than you were. 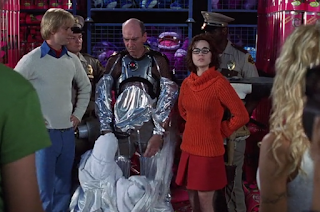 The story begins with the Mystery Inc team solving a new mystery. A "ghost" had caused havoc, but dumb luck by Scooby and Shaggy end up saving the day. Fred takes most of the thanks from the press, which leaves Velma feeling neglected. Unappreciated for many years, Velma decides to quit which she is followed quickly by Daphne and Fred. Which leaves Scooby-Doo and Shaggy heartbroken. 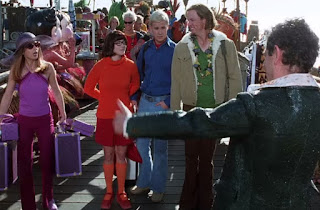 The team is reunited by separate invitations to solve the mystery of Spooky Island. It's a theme park where guests leave only in a trance. The owner of the park is deeply concerned on why that is. Fred, Daphne, and Velma are still bitter, so they end up trying to solve the case on their own time. However only as a team can they solve this mystery. That's only assuming if Shaggy or Scooby somehow don't manage to make a mess of the situation. 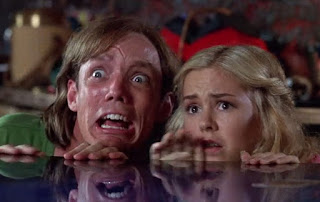 The first major Scooby-Doo movie was about what I had expected. It's enjoyable to fans of the show, though the story gets more stupid as time goes on. They go too super-natural unlike the original show which was far better than any other series or TV movie they ever made before. The major antagonist was also a very strange choice. Though I will say most of the cast got their characters spot-on, especially Matthew Lillard as Shaggy Rogers. I also liked some of the innuendos to darker humor, like the name of Shaggy's crush in the film.

I haven't watched the movie.

Did you know Matthew Lillard is the voice behind Shaggy in the newer series? And I actually really liked this movie...hehe...It has Buffy in it!!!!

I used to cringe when our boy was little and he'd watch Scooby-Doo, but like a good dad I'd just grin and bear it.

our grands sure loved this