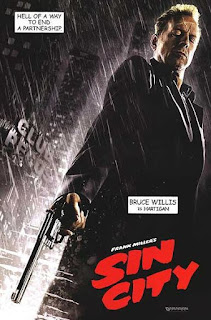 I do remember when Sin City came out in 2005 but I don't think I came close to going to see it. I always assumed the movie was based on Las Vegas in some way, but that's not the case. It is however an adaptation of Frank Miller's comic series. Though Sin City was not just one comic book or graphic novel, but many different stories. This movie features several of them but not all of them. 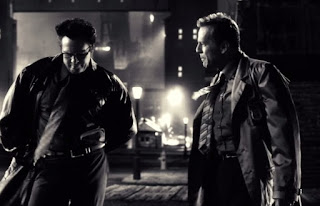 The movie features three main story-lines which are set in the same city but take place during different times. One of them is about a guy named John Hartigan, who is a police detective on the edge of retirement. He plans to save a young girl named Nancy Callahan from an evil guy. Except that guy is the only child of a U.S. Senator so powerful that he always gets what he wants. But John won't stand for something like that. 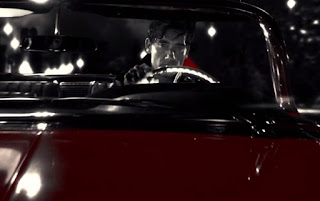 One story is about a man named Marv who spends the night with an incredible beauty. He wakes up to find her dead, and himself framed for it. He manages to flee, and goes out on a quest to avenge her or die trying. The third story is about Dwight McCarthy, a man who crosses paths with a guy named Jack after he showed up to cause misery for his girlfriend. While they initially separate somewhat peacefully, the same will not be true when they meet again later that night. 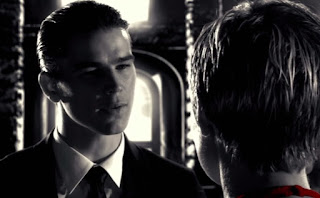 I can certainly see why a lot of people and critics liked Sin City back in the mid-2000's. The art style and special effects still look pretty darn good over a decade later. This is not my first movie based on Frank Miller's work, but I will say that story-wise that it's far from my favorite. It does many cool things but many parts of the story can be more than just a little ridiculous. I heard there was a sequel not long ago, and I wouldn't be surprised if I see it sometime in 2016.

I loved this movie, but the new one? Garbage!

I didn't see it...
hope all is good with you and your adorable wife, Daisy..xo

Haven't seen it. Probably more to my husbands liking than mine.

I've seen it but it really wasn't my type of movie

Anything with Bruce should go up in ratings!